Pentagon to Announce Plans for Women in the Navy SEALS (VIDEO) 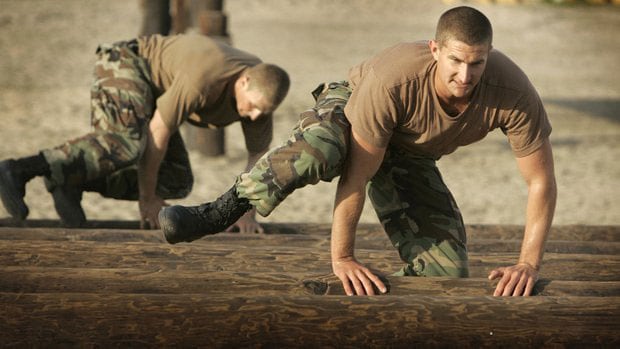 The Pentagon is supposed to announce a possible plan today for the integration of women into the Navy SEALs and the Army Rangers, provided they can meet the elite qualifications.

Training for female Rangers could start as soon as 2015, while the SEALS could open for women by 2016, and apparently the physical standards will not be changed to accommodate women.

California Rep. Duncan Hunter amended a House bill which ensures that the standards for specialty roles remain gender-neutral. Hunter’s spokesman, Joe Kasper, stated, “This appears to be a decision to open eligibility while keeping standards already in place — rather than adjusting standards to take less-qualified individuals… But even those who are making decisions have to know that it would devalue the prestige of special operations and other specialties.”

Of course, those types of physical challenges aren’t the only thing to consider when integrating women into a historically all-male role. Former SEAL sniper instructor, Brandon Webb is sure that sexual relationships will occur in field units. “This is the main issue I see, and the only way around it is to either accept that this will happen and develop protocols to deal with it, or have all-female units,” he said. “I’m a fan of the latter,” he stated.