A rapper was blackmailed on Twitter by a crazed fan who threatened to kill his own sister if the musician didn’t retweet his message. 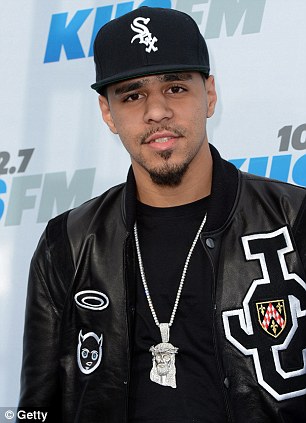 The North Carolina rapper, J. Cole, quickly did as he was told and retweeted the message – as did some 9,000 other Twitter users. The following day, Cole went on to comment that the incident was the “Wildest s*** I ever seen on twitter.”

The crazed fan’s account claims to be out of Saudi Arabia, but the individual, seemingly a teen boy, refers to the National Basketball League in previous tweets – leading some to believe he’s based in the U.S.

Ultimately, it was hard to tell if the gun was real and J.Cole tried to downplay the event, claiming the weapon was in fact just a BB gun.

‘It’s a BB gun with no ammo. N***** just wanna be fake mad at something,’ tweeted the rapper on Tuesday. Nevertheless, other users threatened to file a federal complaint with the FBI to report the freakish tweet.