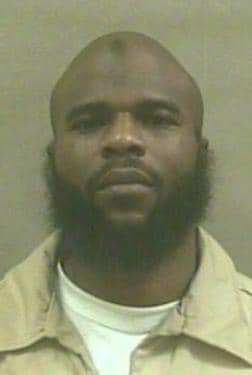 Mugshot of Mustafa Sheffield, 28, during a stint in a N.J. corrections facility.

An armed man walked into a Newark, New Jersey “cash-for-gold” jewelry store Monday afternoon and demanded the store owner fill his backpack with money and gold, only after threatening to kill the man’s family if he did not comply, the store owner told police.

According to a local news report, the store owner filled the suspect’s backpack, but also fatally shot him once during the course of the robbery.

Surveillance video captured an image of the robber, who was later identified as 28-year-old Mustafa Sheffield, running out of the store, and the shop owner running behind him. However, police did confirm that the shooting occurred inside the store. There was also another video, presumably from inside the business, which police are reviewing as part of the investigation and has not been made public.

As Sheffield ran off, he dropped his gun, leaving it behind on the sidewalk in front of the store. A short time later, he showed up at a local hospital, where he later died from the single gunshot wound.

Although police said that no charges have been filed against the store owner, whose name is being withheld, the case will likely still be reviewed by the grand jury. The gun used to stop the robbery was a legal and registered firearm, which the store owner had a valid permit to own and carry.

Apparently, Sheffield was released from prison in March after serving nearly a decade for three counts of robbery committed in 2004. According to his Facebook page, it appears that he left behind a wife a child. 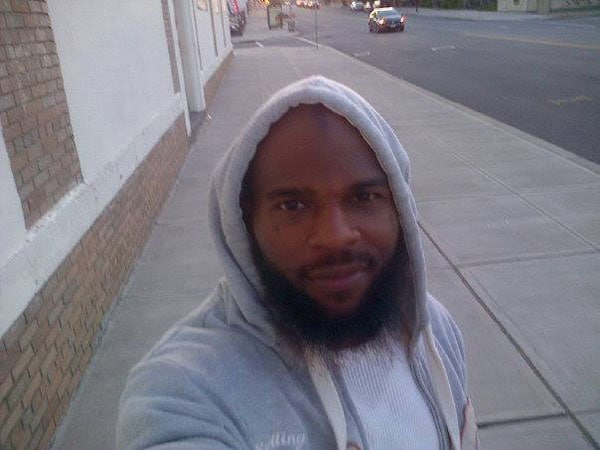 Mustafa Sheffield, 28, playing around on his phone. (Photo credit: Facebook)

The store owner, who has had the shop for more than 10 years, was not hurt during the incident and no other injuries were reported. According to his father, this wasn’t the first robbery in the store either.

Regular occurrences like these make neighborhood parents nervous. Sharon Payne, who came to pick up her children that afternoon, only to find police tape stretched out in front of the daycare and the suspect’s gun and backpack full of loot lying on the sidewalk.

“It’s horrible, somebody always getting hurt,” she told reporters as she held on to one of her children.

“It’s kids right here, it’s dangerous for them,” another parent said in front of the daycare.

The Monday robbery was part of a violent 36 hour streak in Newark, in which eight separate incidents resulted in several fatalities and injuries, including two 15-year-old carjacking suspects being shot by police.

“It is very discouraging to see such young children committing such violent crimes,” expressed James Stewart Jr., president of the Newark Fraternal Order of Police.