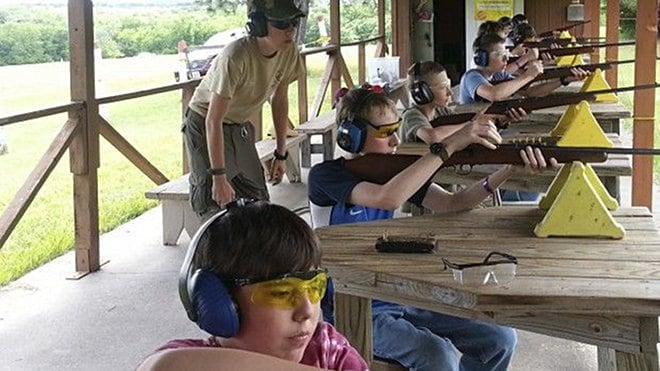 Camp Cornhusker, an annual boy scout event in Humboldt, Neb., was in a spot of trouble this year. The outdoors event, which hosts about 1,000 campers, didn’t have the ammunition required for their regular activities.

The camp coordinators couldn’t find the .22 Long Rifle ammunition needed, as anyone knows who’s dropped by an ammo retailer in the past six months or so knows. So they turned to the community and asked for donations.

They needed about 24,000 rounds for the event, but donors from around the country — from Iowa to Florida — stepped up and sent in over 65,000 rounds of .22. This amount of ammo is expected to last the event coordinators not one but three seasons, for teaching gun safety through 2015.

“We were just happy to see people still believe scouting is relevant,” said Cornhusker director Jerad Reimers to the Journal-Star, stressing the fact that gun safety is “an absolute necessity.”

If the camp organizers couldn’t get their hands on an adequate supply of ammunition, they had a backup plan to use air rifles. Reimers prefers that the boys learn to use real guns, as people treat air rifles differently.

“It’s not quite gonna be the same to him,” said Eric Hayward, Cornhusker range assistant. “It’s gonna be more to the camper if he gets an actual chance to shoot a gun as opposed to a training aid that just looks nice.”

Although ammo is hard to find, it’s in record production as well, with manufacturers making more ammo than ever. Buyers are hitting retailers hard, often arriving before they open in order to snatch up the ammo of their choice, leaving latecomers nothing but bare shelves.

Of course, it’s not just the Boy Scouts who aren’t finding the ammo they need for training. Recently a Minnesota police chief turned to the very people he was tasked with serving for help getting ammo.

“I go, ‘Do you have 40–caliber qualification rounds?’ said Proctor, Minn. chief of police Walt Wobig. “And [the supplier said], ‘Well, no. It’s going to take six to eight months. The citizens were like, ‘If you need something, we got plenty here.’”

Residents gladly came forward with the ammo their police needed to train and qualify.

Many other local police departments and law enforcement agencies nation-wide have had serious problems getting the ammunition they need as well.

So while the ammo shortage may be hard, actions like these may indicate that things aren’t as bad as they seem.

Have you helped someone out with an ammo gift or loan? Or are you hanging on to your cartridges like hard currency?