Cap’n Crunch: Is he a fraud or is he French?

It was recently called to the attention of breakfast cereal lovers across the world that Cap’n Crunch is either a fraud or he’s French. 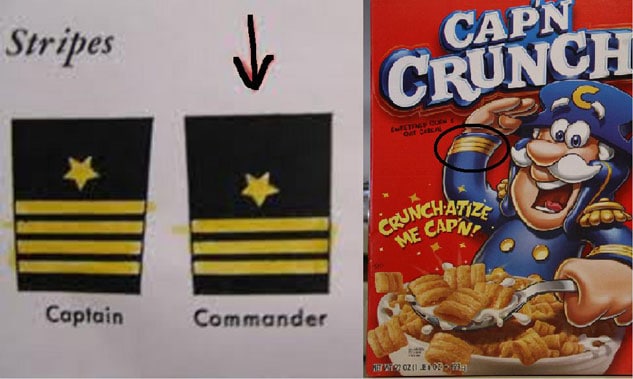 Lt. Cmdr. Sarah Flaherty, a U.S. Navy spokeswoman, reiterated the discovery, “You are correct that Cap’n Crunch appears to be wearing the rank of a U.S. Navy commander. Oddly, our personnel records do not show a ‘Cap’n Crunch’ who currently serves or has served in the Navy.”

Top that off with the Napoleon-style hat, and Cap’n Crunch is, indeed, either French, or he’s a fraud.