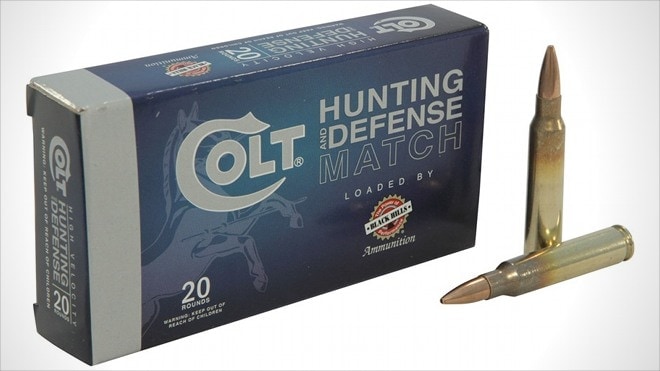 Legendary small arms firm Colt and top-tier ammunition manufacturer Black Hills have partnered together to develop high-end 5.56 NATO ammo that is capable of shooting five-shot one minute of arc groups at ranges out to 500 yards, the “triple nickel,” or groups of about 5-inches across or less.

The new line of ammo is called Colt Hunting and Defense Match and is distributed through Midway USA. As the name implies, it is match-grade ammo that can be used for hunting and defense as well.

During the development process, this line of Colt ammo was ballistically tested in Colt Competition rifles with a requirement of consistent five-shot MOA groups at 500 yards (five-shot groups of 5 inches or less at 500 yards), according to the press release. This “Triple Nickel” assures the experienced shooter incredible performance right out of the box, with no need for load development or experimentation.

“We are thrilled to offer Colt customers ammunition that matches the high-quality of Colt rifles,” said Joyce Rubino, Colt vice president of marketing. “The bar was set very high in the development and manufacturing process with Black Hills, and it really shows in the performance of the ammunition.”

“We’re very proud of the ‘Triple Nickel’ requirement of this ammunition,” added Rubino. “Our goal with Black Hills was to bring to market a superior line of ammunition for sport shooters to use in Colt rifles, and we feel we have achieved this through the partnership with Black Hills.” 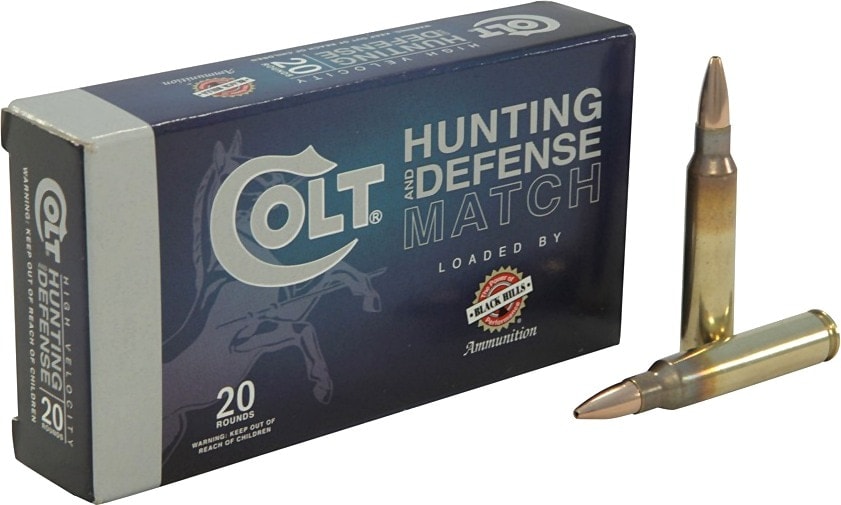 Colt and Black Hills are initially offering two types of 5.56 ammo, one 55-grain load and one 77-grain. Fifty-five grain loads can be used in a wide variety of 5.56 and 5.56/.223 rifles, where 77-grain bullets are for rifles with aggressive barrel rifling (usually barrels with 1-in-8 or 1-in-7 twist).

The new Colt ammo uses Sierra MatchKing hollow point boat tail bullets and Lake City brass. It’s sure to be popular with shooters who prefer to focus on one type of ammo for their rifles. By being as all-purpose as this ammo is, one rifle can be sighted in easily for all types of shooting.

The 77-grain cartridge may strike a few people as somewhat familiar. It is for most purposes Black Hills MK 262 77-grain ammo, which is considered by many to be the best factory-loaded 5.56 NATO ammunition on the market.

However, while Black Hills MK 262 ammo can be hard to find, Midway USA has plenty of 77-grain Colt Match in stock (at the time of writing). It’s towards the deep end of the price pool at $1.05 per round, but not out of line with what Black Hills MK 262 runs nowadays — if not considerably less.

Also, the option of having 55-grain MK 262-equivalent has got to be very promising for shooters whose rifles can’t stabilize 77-grain ammo. It’s also slightly cheaper at $1 per round.

If you’re looking for some excellent 5.56 NATO Black Hills ammo but can’t find it anywhere, be sure to keep an eye out for Colt’s Hunting and Defense Match cartridges. And for everyone who just likes the keep ponies in the stable …