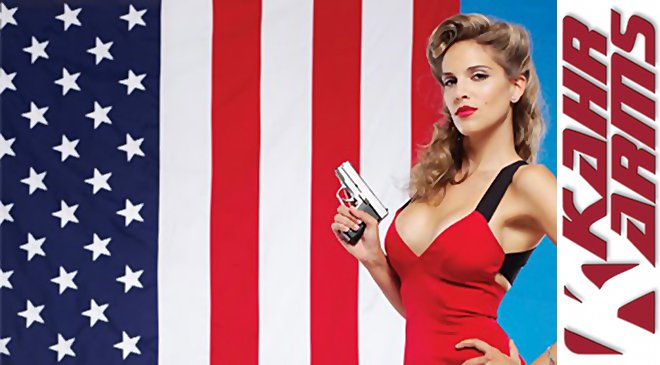 New York recently passed the SAFE Act, a confusing, questionably-legal gun control package that has lead to massive protests, lawsuits and general upheaval across the state. It is also pushing industry out.

Kahr is preparing to relocate to Pike County, Pennsylvania. The company is looking to build a new manufacturing facility from the ground up, on a 620-acre business park.

The new location would also give Kahr the ability to expand and keep up with the current peaking demand for all things gun and gun-related.

“This land has a lot of woods. We have to clear the land and put in foundations. An operations manager will handle that and hire construction people,” said Kahr spokesman Frank Harris to the Pocono Record.

“We were ready to sign a deal in rural Orange County, N.Y. But when the governor passed stricter gun control, it made it tough to continue on that path, so we jumped over the river,” Harris said.

“New York has become very unfriendly to people in the gun business. We feel like we are being treated like criminals in New York. That is one of the reasons we are coming to Pennsylvania.”

If all goes as planned they will break ground on new offices later this year and start relocating immediate. Some of the company’s staff have, apparently, already bought homes in Pennsylvania.

The company has signed contracts with the Business Development Corporation and the Pike County Economic Development Authority for construction permits at the new Pennsylvanian location.

Kahr is expected to bring about 100 permanent jobs to Pike County and quite a few more during construction and expansion. Kahr does not plan on moving their other facilities outside of New York.

Things are similar in Colorado where recent gun control laws have or will soon take effect. The governor signed several unpopular bills into law including mandatory background checks and magazine capacity limits, causing most of the state’s big gun industry players to jump ship, including Magpul, the Outdoor Channel and now HiViz. 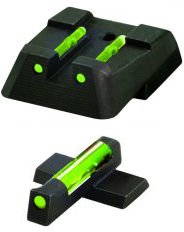 HiViz announced their plan to relocate earlier this year to Wyoming, and now they’ve nailed down all the details of the move. HiViz makes high visibility sight systems for all types of firearms.

“After 17 years, we find ourselves at an interesting juncture of having to move and preparing for growth at the same time,” said Philip Howe to the Star-Tribune.

The move from Ft. Collins, Colorado, to Laramie, Wyoming, isn’t far on the map, but it sends a strong message to the legislators who promised that this gun control would be welcome with open arms.

“We have built our company on being honest, innovative and treating customers as we’d like to be treated,” Howe continued. “Therefore, we have built a name which people trust in our industry.”

The city of Laramie and the Laramie Economic Development Corp. have raised over $1.18 million in financial assistance and property to help HiViz locate to their new 20,000 square-foot location. HiVis hopes that they can raise $2.5 million from Wyoming Business Council for the construction of the new facility.

This is part of a growing trend for companies to vote with their feet. Yesterday PTR Industries, manufacturer of Heckler & Koch-based rifles and pistols, announced that they were leaving Connecticut following their adoption of strict gun control laws. They will be moving to South Carolina.