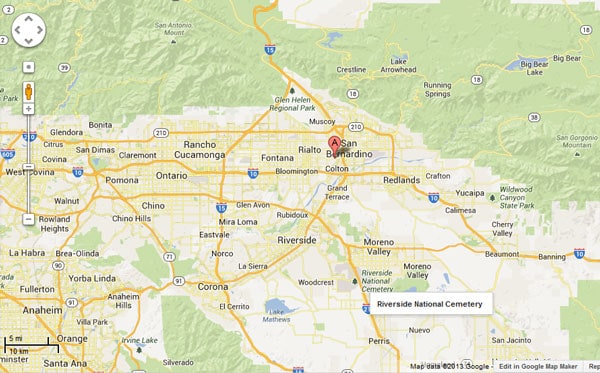 A Southern California homeowner shot and critically wounded an intruder Saturday night after he broke into his home and attacked his daughter.

According to a local news report, it was just before 11:30 p.m. when the man’s daughter heard a noise coming from the San Bernardino home, which was currently being renovated. The home was one of two residences that are located on the same property.

The woman walked into the home to see what the noise was, but was confronted by 35-year-old Leonard Guerra. The woman immediately screamed for her father, but the intruder grabbed her. The homeowner heard the woman’s cries for help, grabbed his handgun and quickly ran to her aid.

When the homeowner came face to face with the intruder, Guerra ran at him, attempting to attack him. It was then that the father fired at Guerra, striking him.

The family called the police and when they arrived they found Guerra, still in the home, suffering from a single gunshot wound. They transported him to a hospital jail ward where he was last listed in critical but stable condition.

Guerra was arrested for investigation of burglary and false imprisonment. It is unknown whether or not he was armed.

Police did not indicate whether any charges are expected to be filed against the homeowner for shooting Guerra, although the initial investigation does indicate that he acted both in self-defense and for the protection of his daughter.

Although the state of California undoubtedly has some of the toughest gun laws in the country, it also has a Castle Doctrine Law. According to California Penal Code § 198.5, “Any person using force intended or likely to cause death or great bodily injury within his or her residence shall be presumed to have held a reasonable fear of imminent peril of death or great bodily injury to self, family, or a member of the household when that force is used against another person, not a member of the family or household, who unlawfully and forcibly enters or has unlawfully and forcibly entered the residence and the person using the force knew or had reason to believe that an unlawful and forcible entry occurred.”

It can likely be assumed that Guerra had the intentions of causing bodily harm, especially considering the physical force that was used against both the daughter and the homeowner. However, ultimately that will be a decision that is made by the courts.