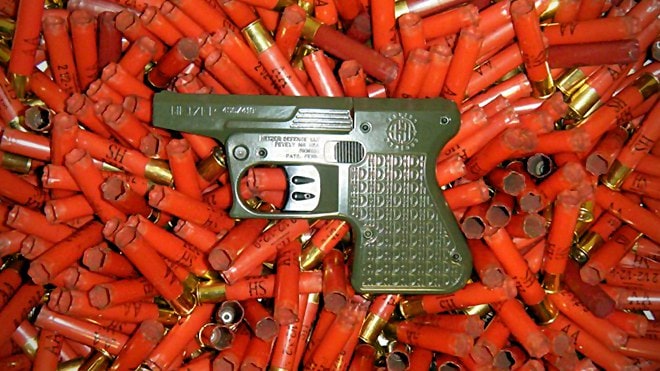 The world of derringers has become a place of high drama in the past few years, ever since first news of the DoubleTap started making the rounds.

The DoubleTap pistol — brainchild of Ray Kohout and originally developed with Heizer Defense, a subsidiary of Heizer Aerospace — is a truly modern derringer, as anachronistic as that is. Using modern materials and engineering, the team developed a two-shot .45 ACP pocket pistol that’s barely wider than the cartridges themselves.

Eventually the design would be tweaked to offer DoubleTap derringers in 9mm Parabellum, derringers made from either aluminum or titanium as well as a special edition derringer in “iPhone White” called the Hedy Jane.

After weeks and months of delays, it became clear that something had gone wrong. When the lawsuit hit, many expected the entire project to fold. 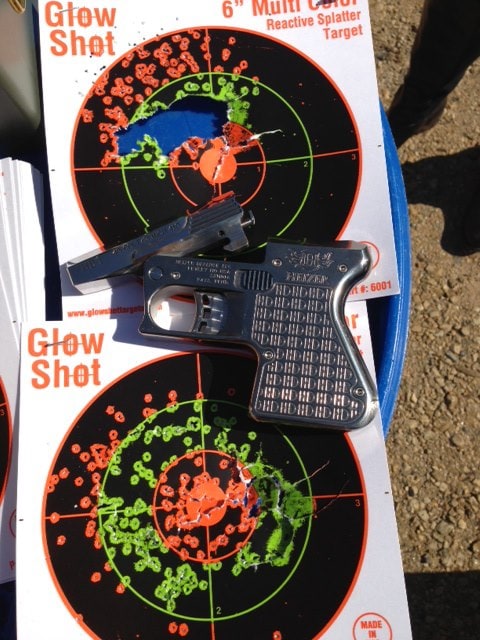 Although Kohout is in the process of suing Heizer Defense over intellectual property rights, both his company, DoubleTap Defense and Heizer Defense are developing 21st-century derringers that are unsurprisingly similar.

Heizer Defense has something up their sleeve: the Pocket Shotgun.

“It should be noted that Heizer Defense is an independent company that is dedicated to the production of safe and technologically advanced firearms,” said Tom Heizer of Heizer Defense. “The Heizer Defense Double Barrel Pistol and the Pocket Shotgun is being developed, engineered and refined by Heizer engineers. We have several patents pending that will be used in the manufacturing of firearms that will be shipped in 2013”.

There is one other difference between the Heizer and DoubleTap pistols: materials selection. While DoubleTap has been developing pistols with aluminum receivers, Heizer believes that steel is a better decision.

“It is important to know that we will only use stainless steel or titanium frames,” Heizer added. “We believe that these are the safest and most durable alloys. In our opinion lighter metals do not provide the safest and most enjoyable experience that our consumers deserve. We will not allow the commercial distribution of a pistol until we are certain of the safety and the durability of the product. That is why we have chosen stainless steel as our base material.”

At just 12 ounces and less than two-thirds of an inch thick, a round of .45 ACP from an aluminum DoubleTap derringer is probably quite rough on the shooter; and even 9mm may be a bit harsh — a compromise that some shooters may be willing to make for a gun of this size and weight. 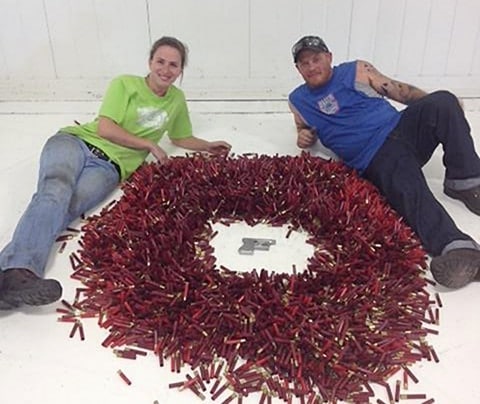 Nevertheless the Pocket Shotgun is altogether different. Loaded with a .410 shell, the relatively soft-shooting ammo must be a little fun to fire from a pocket pistol like this, particularly when built on a steel frame.

Of course, the self-defense merits of a single-shot .410 derringer are an altogether different matter. We would be surprised to find that it was a poor seller no matter what the case may be; .410 handguns are extremely popular whether or not their owners think of them as novelties.

For those people there’s always the HD2, of course. In the meanwhile, Heizer Defense will continue to produce and develop the HD1.

“We want to assure the public that we remain committed to manufacturing firearms that are as safe as possible, the result of the state of the art technology and manufactured in the USA,” said Hedy Heizer Gahn of Heizer Defense. “Our core principal is that we will develop firearms that are safe and use the best available high grade materials.

“We received so many compliments at the NRA Show; we know we are on the right track. We look forward to launching our products in the Fall. We have been quiet about our launch plans and will continue to keep our integrity regarding product availability.”