Professors at the University of Michigan have developed a polarimetric radar system that can indentify an individual who might be carrying a concealed weapon.

The project, partly funded by the Department of Defense, was spearheaded by electrical engineering professor Kamal Sarabandi. Utilizing a Doppler radar, which measures an object’s speed, Sarabandi has created a computer program that can recognize the “DNA of walking.” Focusing in on a subject’s chest, a polarimetric radar is subsequently employed. Analyzing signals that have bounced back from a subject, the radar is able to detect an irregular metallic object – such as a gun. 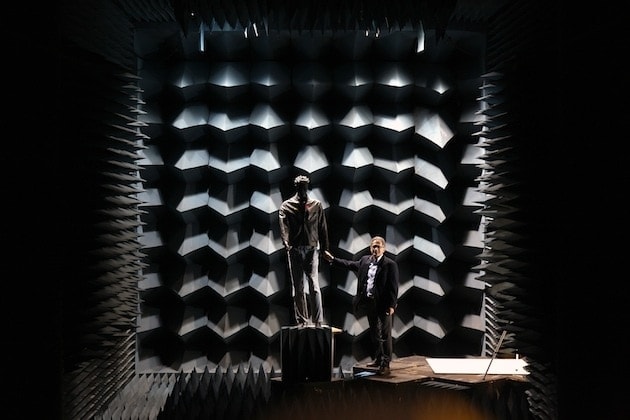 Originally designed for military use, Sarabandi refocused his efforts due to the recent gun-related tragedies that have gripped the nation. According to the Sarabandi:

In theory, the radar is said to take less than one second to analyze a subject and can be used at a distance. But the device isn’t foolproof. Researchers worry that 3D-guns could trick the system.

Nevertheless, the intrusion of privacy is quite glaring and it’s not clear how pro-gun advocates will react to the new device. But Sarabandi concedes that engineers have a ways to go before the radar goes public. It’s yet to be tested on live humans or even on real guns.

“The next step is to take the research that we’ve done and develop a compact system,” Sarabandi said, “Do the engineering work, try it in different scenarios, and identify the usability with field testing.”