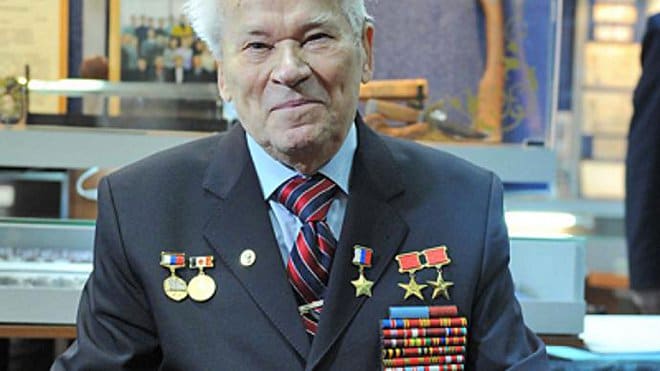 Mikhail Kalashnikov, the world’s most renown gun designer of our time and inventor of the iconic AK-47, was flown to a hospital in Moscow this weekend, according to reports. He is in serious condition.

The AK pattern is the most popular rifle design in the world, with countless rifles and pistols based on the design numbering well over 100 million.

Kalashnikov has had heart issues recently, receiving treatment in his home town of Izhevsk, which is also home to the small arms giant Izhmash, where his rifles are manufactured for use around the world.

“Due to the emergence of the need for medical observation, the doctors have decided to send Mikhail Timofeyevich [Kalashnikov] to one of Moscow clinics,” said emergencies ministry spokeswoman Irina Rossius to RIA Novosti.

“During the flight, the best doctors of the Emergency Ministry’s Centrospas [air search and rescue] team and the all-Russian Disaster Medicine Center ‘protection’ will accompany the legendary rifle maker to monitor his health condition,” she added.

Kalashnikov is 93 years old and suffers from arterial thrombosis. He received treatment for his heart in May and in December of last year as well.

He is currently undergoing tests following his airlift to Russia’s capital. 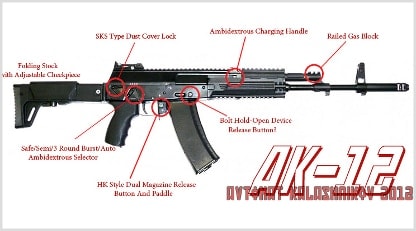 The new brand is expected to take on additional products not limited to firearms eventually.

Currently, the Izhmash facility is gearing up for the launch of the Kalashnikov AK-12, a new rifle that draws on the iconic AK-47 (and AKM, and AK-74, and … ) for some of its design principles, notably the long-stroke gas piston-operation and overbuilt construction, but updates it with a new fire control group and rails everywhere.

The AK-12 is currently wrapping up military trials and is expected to replace existing AKs in service later this year.

Details of Kalashnikov’s health and treatment are sparse. We wish him the best.