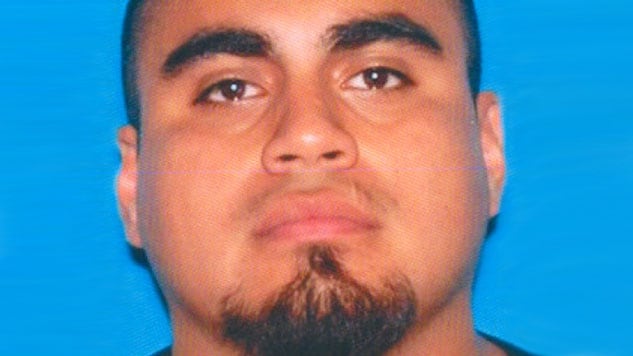 An intruder was fatally shot after breaking into an apartment in Ontario, Calif. early Monday morning. While the shooting was obviously self-defense, police are investigating it as a homicide.

Apparently Thomas Gilbert Manzano had been drinking with friends when they decided to go hang out in what they thought was a vacant apartment where another friend had been squatting. When Manzano knocked on the door, the resident refused to let him in.

Manzano then proceeded to enter the apartment anyway by breaking in through a bedroom window where the resident’s adult son was. He threatened and then attacked the son and that’s when the resident armed himself and went to see what the commotion in his son’s bedroom was.

After witnessing Manzano attack his son, the resident then shot him several times. He was transported to a local hospital where he died a short time later.

The case is now being investigated as a homicide and at this point it is unclear whether the resident will face any charges for shooting and killing the intruder. Ultimately, it will be the district attorney’s decision.

Although California does have a Castle Doctrine Law, Ontario Police Sgt. David McBride stated, “The homeowner, the citizen, has to be able to articulate or apply the appropriate amount of force that was done against them,” indicating that Manzano was unarmed at the time of the shooting.

Apparently in the state of California, it’s not enough to just be merely threatened and attacked.