The man who sold the Bushmaster XM-15 rifle to Nancy Lanza, the mother of Sandy Hook Elementary school shooter Adam Lanza, has pleaded guilty to a federal charge related to a gun sale he made to a different patron while working at Riverview Gun Sales, a gun shop in East Windsor, Connecticut.

The man charged with the misdemeanor crime is 25-year-old Krystopher Dibella, who pleaded guilty on Monday in a federal court to aiding and abetting the failure to make a proper entry on a Bureau of Alcohol, Tobacco, Firearms and Explosives 4473 form, the standard firearms transaction form, the Court Clerk’s Office told the Journal News.

According to the court documents, Dibella “knowingly failed to make a proper entry on a 4473 form by failing to have a purchaser of a firearm, who was a non-immigrant alien, answer the question regarding United States citizenship.” 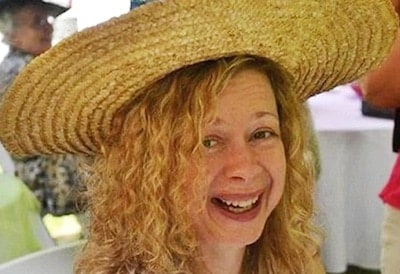 Nancy Lanza wore her ‘crazy hat’ at a party once.

The illegal transfer in question occured on the same exact day that Nancy Lanza began the purchasing process for the .223 semiautomatic Bushmaster rifle: March 15, 2010.

The Bushmaster XM-15 Dibella sold her is believed to be the primary weapon Adam Lanza used to murder 26 people, including 20 young school children, on Dec. 14, 2012, at Sandy Hook Elementary in Newtown, Connecticut.

Nancy Lanza also purchased a SIG Sauer 9 mm pistol from Riverview Gun Sales on March 16, 2011.  The SIG was also found at the scene of the mass shooting.

Riverview Gun Sales was raided by the ATF in the immediate aftermath of the Sandy Hook massacre.  Following the investigation, the ATF revoked the owner of the store’s federal firearms license because agents and investigators had found upwards of 500 violations of federal firearms regulations.

As the Journal News reported, among the “willful violations” found from January 2010 to July 2011 was that Dibella “sold ammunition on at least two occasions” to a man “he had reason to believe was a felon.”

Thus far, Dibella has been the only store employee to be charged with a crime.  The store’s owner, David LaGurcia, has yet to be brought up on chargers.

As for Dibella, at the advice of his attorney and as part of a plea deal, he is only pleading guilty to that one misdemeanor stemming from the “non-immigrant alien” question and not the ammo sales.  He will be sentenced on Sept. 16.  It’s expected that he will receive three years’s probation and no jail time.  During his probationary period, he will not be allowed to apply for a federal firearms license, i.e., he cannot become a commercial gun dealer.