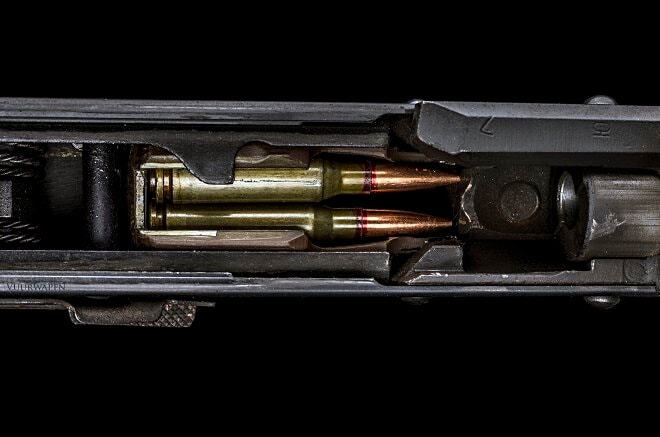 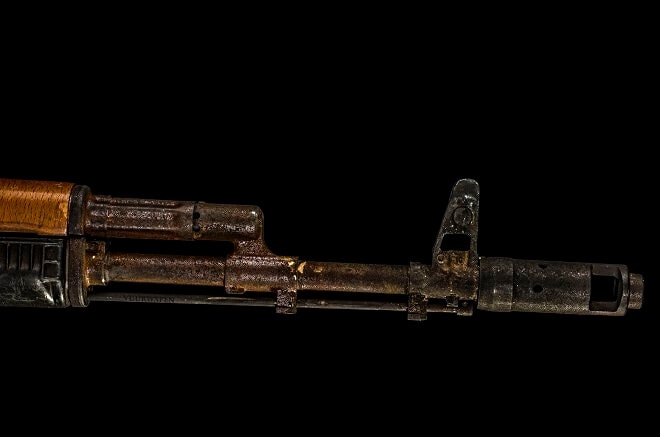 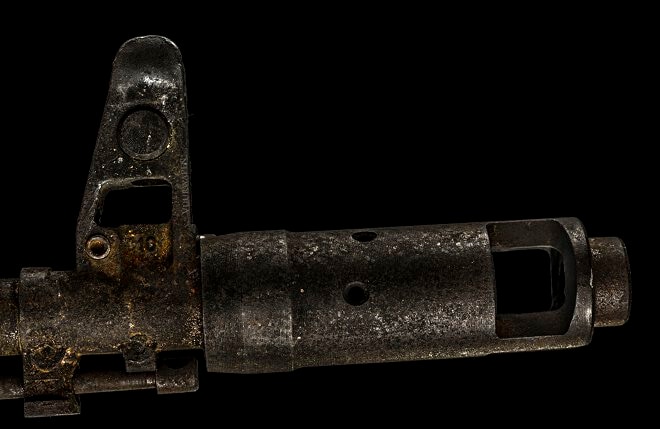 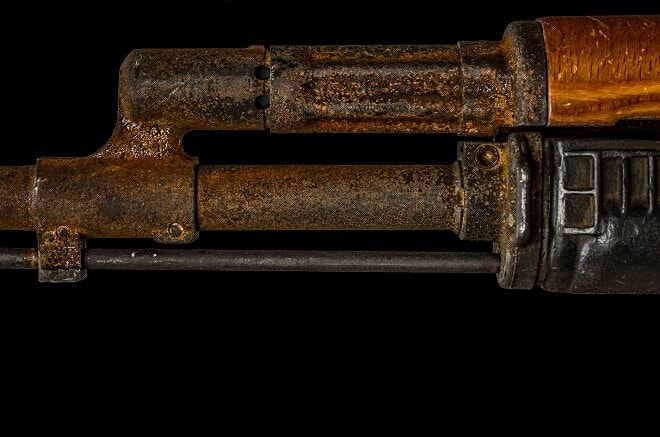 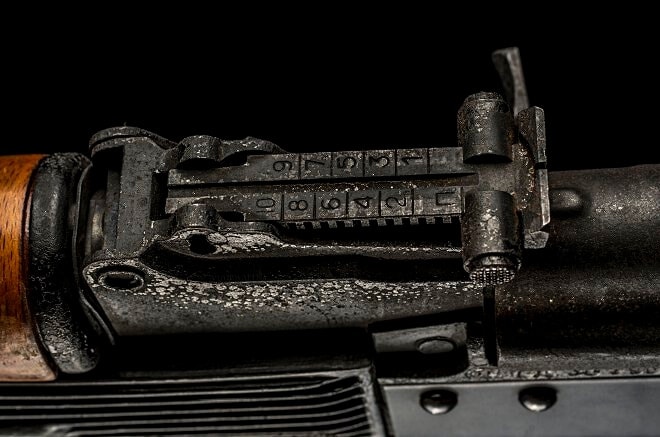 This is a Bulgarian AK-74 that was recovered from a house fire and restored by Mario of Piece of History Firearms for Andrew Tuohy of the Vuurwapen Blog.

And it’s definitely one of those “but can you do this with it” stories that makes the AK so beloved.

“The major metal parts weren’t damaged, so after Mario replaced the springs and furniture and swapped out the fire control group for a semi auto version, the rifle was reassembled and ready to fire.

“I asked that he not refinish the rifle, which was a bit of a shame since the AKs he turns out are actually … well … pretty.

“Despite its outward appearance, the rifle functions without issue. Furthermore (and this is more of a coincidence than anything else), the rifle needed no elevation or windage adjustments. My initial shots at 50 yards were straight through the bullseye.