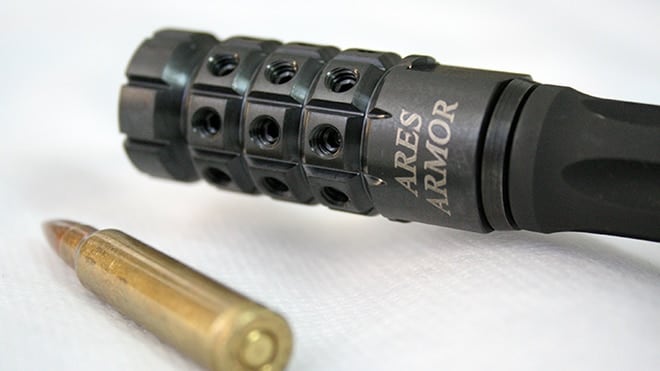 Ares Armor developed the first end-user tunable compensator about two years ago and it was an instant hit. Called the EFFIN-A, the compensator was built with 28 ports girding the outside of the muzzle device. Every port could be plugged, making it completely customizable, allowing it to be “tuned” to any firearm.

Now the EFFIN-A is getting an update. The EFFIN-A MKII has been redesigned to be more compact and significantly lighter, at about half the weight of the original at just 2.5 ounces. It also is simpler, with fewer ports to tune — down to 21 from 28 — ditching the original EFFIN-A’s threaded muzzle. 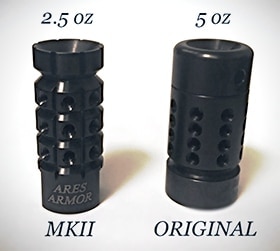 The new design is slimmer, less aggressive and relieved to cut weight. It is machined from 4150 steel and given a hard black oxide finish. It’s threaded 1/2×28 for most .223 Remington/5.56 NATO rifles, and the Ares Armor logo is laser-engraved into the compensator.

It’s also less expensive at just $90, which is quite a bit less than other manufacturers sell their non-tunable muzzle breaks and compensators for.

The first iteration of the EFFIN-A could be stacked, with one or more compensators (or any other compatible muzzle devices) threaded onto the muzzle end of the primary EFFIN-A. This proved to be fairly unnecessary as the performance of the first version was so great that it could easily overpower a gun’s recoil impulse and just one EFFIN-A could push the muzzle of a gun sharply downward, essentially reversing the recoil.

The mass of the original EFFIN-A was considered by some to be too heavy for a compensator as well, something that can’t be said about the MKII. 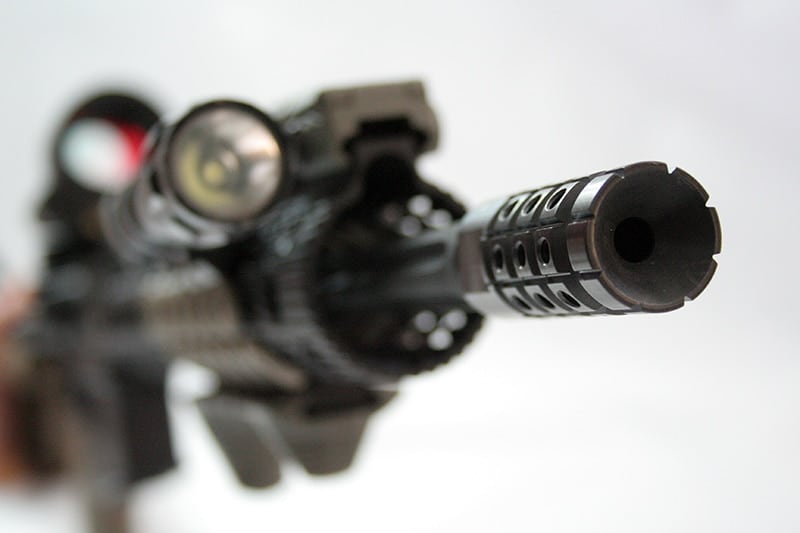 It was also developed in stainless steel to match stainless barrels or for people into the two-tone look. Jesse Smith of Predator Intelligence told us that a stainless steel version of the EFFIN-A MKII is “in the works,” adding “other caliber options will come down the line if demand permits.”

This first run is limited, so if you’re interested in one of the most original and interesting compensators — pretty much ever — head over to Predator Armament and check one out. Each one comes with a crush washer for mounting and set screws to tune the ports.

At less than a hundred bucks they’re a steal.