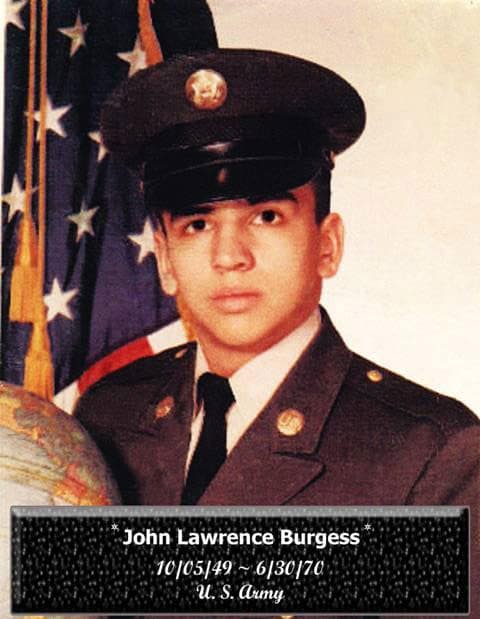 Spc. John L. Burgess was on board an UH1H helicopter on June 30, 1970, when it was hit by enemy fire near the Cambodia/South Vietnam border in Phuoc Long Province, South Vietnam. Burgess has remained unaccounted for for nearly 43 years, but almost to the day, the Department of Defense announced that his remains have been found and he will be buried with full military honors.

Once hit by enemy fire, the aircraft crashed and burned. Of the five occupants, 1st Lt. Leslie F. Douglas, Jr., 1st Lt. Richard Dyer, Sgt. 1st Class Juan Colon-Diaz, PFC John Goosman and Burgess, there was only one survivor, Goosman, who was believed to be the door gunner and thrown out of the helicopter during the crash.

During Goosman’s rescue, what was believed were the remains of the other four were placed into body bags and taken to a mortuary at Than San Nhut, South Vietnam. However, once at the mortuary, it was discovered that the bags contained the remains of only three individuals. 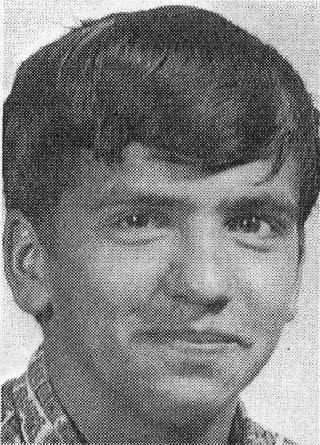 It was then determined that Burgess’ remains were either burned beneath the wreckage of the aircraft or incinerated in the fire which destroyed the aircraft after it crashed. Another search of the crash site was recommended, but not possible because of enemy presence in the area. Burgess was maintained with honor among the missing because his remains were never found.

Between 1992 and 2012, more than a dozen joint U.S./Socialist Republic of Vietnam teams investigated the case, in Binh Phuoc Province. They recovered human remains, personal effects, military equipment, and aircraft wreckage associated with the crash. By using forensic and circumstantial evidence, the investigation resulted in Burgess being accounted for.

Remains representing Dyer, Colon-Diaz, and Burgess, will be buried with full military honors as a group in a single casket July 2 at the Arlington National Cemetery.

Burgess is from Sutton’s Bay, Michigan, and was 21 years old when he died. According to his biography, he is survived by a sister and mother.