Magpul Giving Away 1,500 Magazines at Free Colorado Event Prior to Ban 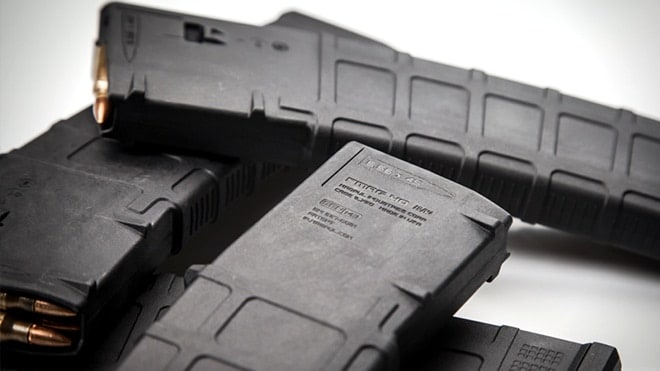 On the eve of laws restricting magazine capacities for guns in Colorado, Magpul is joining with the non-profit Free Colorado to raise money for the fight for the state’s gun rights. They’ll be giving away 1,500 magazines at the event on a first-come-first-serve basis.

People will get their choice of a “Boulder Airlift” or “Free Colorado” special edition PMAG.

“Come on out and join the festivities at Infinity Park in Glendale, CO, this Saturday, June 29, celebrating FREEDOM on the last weekend before the unconstitutional mag ban takes effect, and get your last shot at purchasing PMAGs,” reads Magpul’s Facebook page. “We’ll be there, and we’ve ponied up a LOT of PMAGs. First 1500 through the gate get a Boulder Airlift or Free CO PMAG FREE! Food, live music, and a helo-borne aerial delivery of PMAGs. Proceeds from mag sales go towards the legislative and legal fight for 2A rights in CO.”

“PMAGs and Magpul SWAG for sale, all going to fight for pro-2A causes in CO. Sat 29 June, starting 4pm.”

Magpul will also be selling magazines at the event, including 20- and 30-round PMAGs. People attending the event can buy tickets online at the Free Colorado website, for $5-35 dollars. Tickets include up to three PMAGs pre-purchases for attendees.

Free Colorado is also accepting donations when purchasing tickets for the event.

The event is being called “Farewell to Arms” and will be held this Saturday at the Infinity Park in Glendale Colorado, just outside of Denver. This is a final big thank-you from Magpul to the people of Colorado who have supported them since the company started in 1999.

The magazine ban, along with several other new gun laws including mandatory background checks, goes into effect Monday, July 1. The law prohibits the sale or transfer of magazines with a capacity greater than 15, although it does provide for magazines already owned. Any magazines with capacities greater than 15 will be legal so long as they were purchased prior to the deadline.

With these new stiff gun control measures in place, many manufacturers in the firearm industry have decided to leave the state, including Magpul, the Outdoor Network and HiViz. Magpul alone is estimated to support about 600 jobs, in-house and contractors, contributing about $85-90 million to the state tax pool.

Since March, when state governor John Hickenlooper signed the bills into law, Magpul has been working hard to give residents of its home state priority, starting with their Boulder Airlift project.

The Boulder Airlift set aside magazines for sale directly to the people Colorado without having to go through vendors. It was recently expanded to include a small number of Magpul’s new 40-round PMAGs.

Opponents of the new laws have filed a federal lawsuit against the state of Colorado, starting with most of the state’s sheriffs, Magpul and about 20 other companies and gun and civil rights organizations.

No matter what, Magpul is still planning to leave the state.

“YES, we are still leaving CO. Our senior executive team is in negotiations today in yet another unnamed state on that very topic. Remember folks, we’re moving the whole Magpul organization and a large handful of our biggest suppliers are coming with us, so there are a LOT of things to hash out. We’re getting down to the brass tacks, and we hope to be able to make a public announcement soon.”