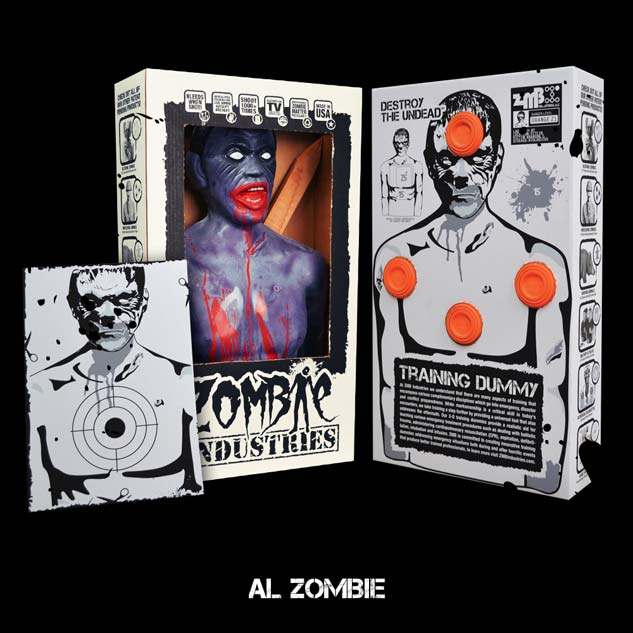 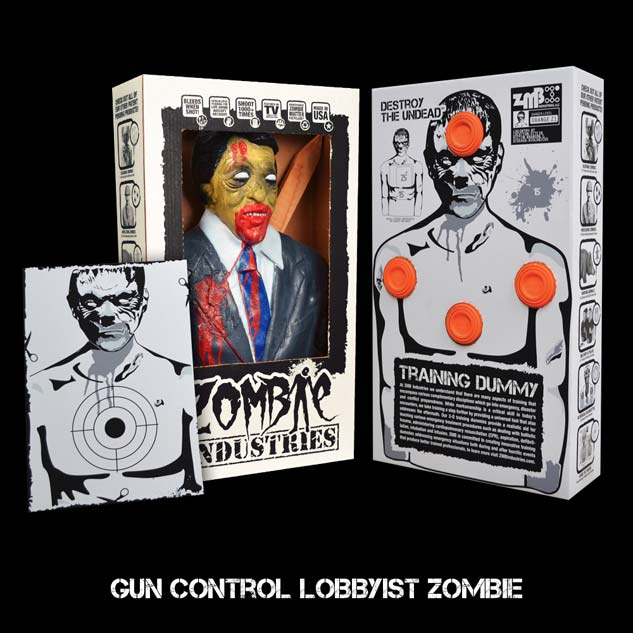 Riding the crest of the billion dollar ‘zombie wave’, this San Diego based company has brought shooters life-size targets that bleed for the past couple of years, routinely turning heads at gun shows and offending delicate sensibilities (the target maker recently renamed a female target, “Alexa”, originally called “The Ex”). No matter, because these guys seem to wear any negative criticism of their product line like an “Explicit Lyrics” sticker; their website reads, “New and improved thanks to the media coverage reported by the Huffington Post.” 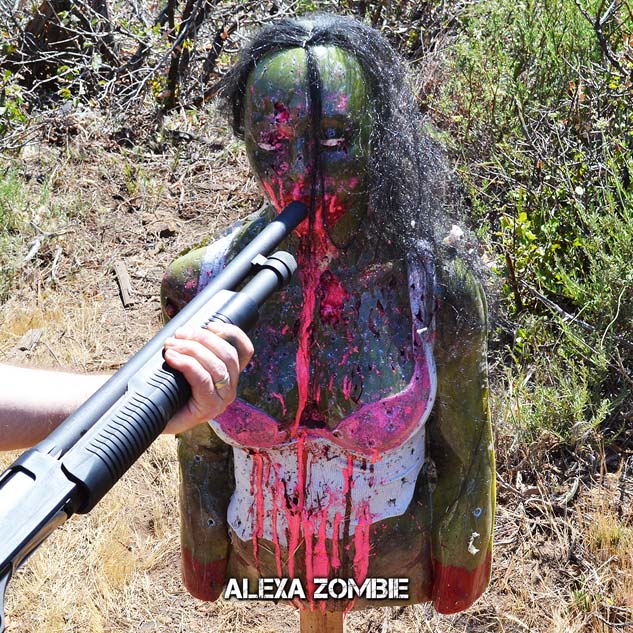 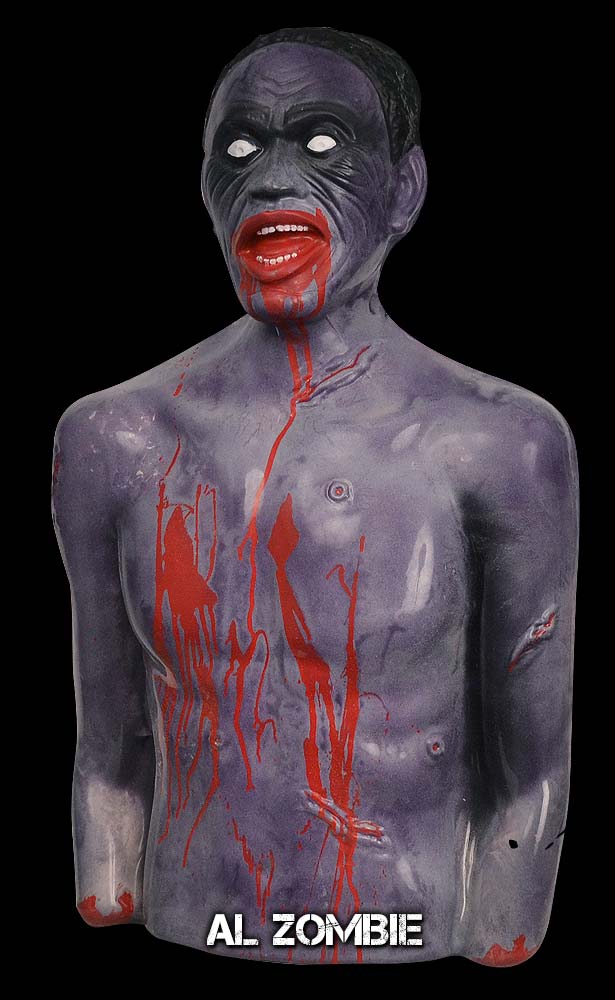 If you’re in need of a laugh, check out the products description page where it looks like someone had a lot of fun creating back-stories for these potentially libelous, potentially hilarious tactical targets.  Here’s a taste of the ‘Al’ zombie:

Poor Al he was a Sharp guy… Our pal Al went out for a moonlight drive by himself to clear his worried mind after seeing all the doom and gloom in the news.  Sadly, his gas guzzling SUV ran out of gas on a lonely stretch of highway in a desolate and thickly wooded upstate area. Lucky for Al… a rogue trucker stopped by and offered a lift into town nearly 30 miles away.  Little did Al know that this truck was hauling infected bodies from a classified government experiment and that this truck was going to fall victim to a bit of trouble itself.

The targets are currently on sale for $89.95 and can be a lot of fun for jaded target shooters (we speak from experience), political messages aside.  And frankly, if they wouldn’t have told us that this target is suppose to be Al Sharpton, we would have never guessed it (though that ‘gun lobbyist’ model kind of looks like John Kerry). 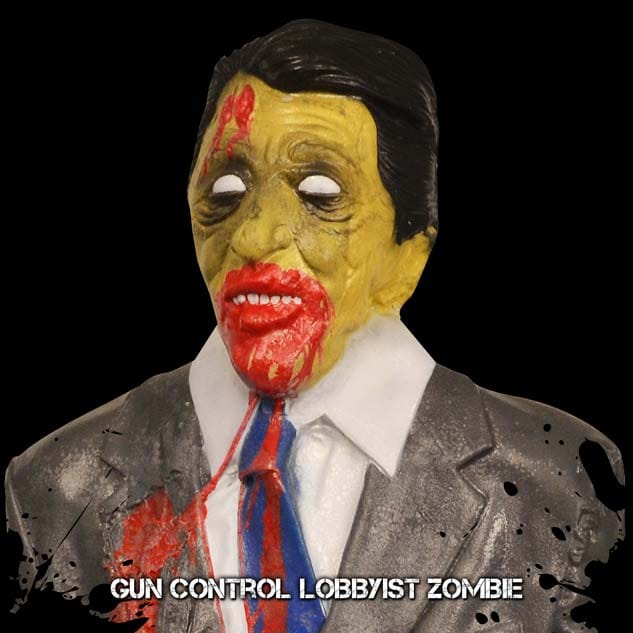