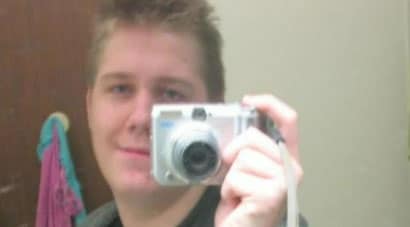 A Texas teen was arrested and is now facing prison time for terroristic threatening after posting a not so funny joke on Facebook. Apparently the boy got into an online argument over a video game and responded by posting, “I’m going to go shoot up a school full of kids, lol, jk.”

When a Canadian woman saw the post, she Googled the boy’s name and found his old street address. She discovered that the residence was near an elementary school, and then called the police to report the boy’s alleged threat. The following month, 18-year-old Justin Carter was arrested and is now facing eight years in prison.

According to a local news report, Justin has been in jail since March and his trial is set to start July 1.

Justin’s dad, Jack Carter, is pleading with parents and teens to be aware of the dangers of such comments and the risks of making such jokes on social media sites.

Carter explained the events which led up to the statement his son made. Justin was engaged in the online video game “League of Legends” when he and a friend got into an argument over the game.

“Someone had said something to the effect of ‘Oh you’re insane, you’re crazy, you’re messed up in the head,’ to which he [Justin] replied ‘Oh yeah, I’m real messed up in the head, I’m going to go shoot up a school full of kids and eat their still, beating hearts,’ and the next two lines were lol and jk,” explained Carter.

“Justin was the kind of kid who didn’t read the newspaper,” Carter continued. “He didn’t watch television. He wasn’t aware of current events.” The current events, of course, referring to the tragedy at Sandy Hook Elementary School in Newtown, Connecticut last December; an event which has sparked a national debate over violence and video games.

“These people are serious. They really want my son to go away to jail for a sarcastic comment that he made,” Carter said.

Justin’s friends and family have since started an online petition to have Justin released from jail as well as to change some of the investigative criteria for terroristic threatening laws. The page has received over 4,000 signatures.