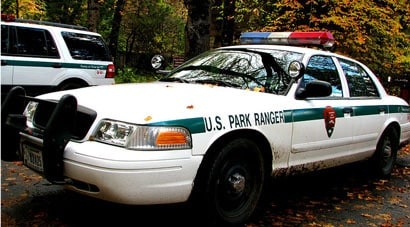 In a report released this month by the Inspector General for the U.S. Department of the Interior, the U.S. Parks Police is reprimanded for having thousands of guns unaccounted for due, in part, to poor management. The investigation into the mishandling of firearms came after an anonymous tip that Park Police were illegitimately taking guns for personal use, according to the Washington Post, which received an advanced copy of the report.

The issue was pressed with considerable agitation, as similar problems were previously discovered in 2008 and 2009, but there has been no obvious effort towards improvement. The report described the problem as a “decade-long theme of inaction and indifference.”

“Commanders up to and including the chief of police have a lackadaisical attitude toward firearms management. Historical evidence indicates that the indifference is a product of years of inattention to administrative detail,” Deputy Inspector General Mary L. Kendall wrote in the report.

While there’s no valid evidence that the sizable arsenal of missing guns have fallen into the hands of criminals, according to the Office of the Inspector General, there’s no real indication that they haven’t either, citing that there are disturbing “conditions that would allow for theft and misuse of firearms, and the ability to conceal the fact if weapons were missing.”

Of course, the missing firearms have likely rather fallen into the hands of Park employees or within different government agencies.

During the investigation 1,400 firearms were found which were supposed to be melted down or destroyed, along with another nearly 200 handguns, which were donated to the Parks Department by the Bureau of Alcohol, Tobacco, Firearms and Explosives. All of which were sitting in a warehouse with no official records.

The department was also scolded for their lack of conducting internal investigations in an effort to account for missing firearms. In October 2011 the department compiled a list of 18 pistols, shotguns and rifles that were either lost or stolen. However, they were neither, instead they had either been given to other agencies or were still part of the Park Police inventory.

It was also discovered that one former police chief kept personal possession of his duty weapon after retiring. Nobody even noticed that the gun was missing until some 10 years later when he showed up to a firearms qualification class with it. Apparently the instructor, who was a former Parks Police officer, recognized the gun as belonging to the Parks Department, seized it from the man, and returned it to the department.

Further allegations of missing firearms, which include military-style rifles, could not be confirmed, as the Parks staff “had no clear idea of how many weapons they maintained due to incomplete and poorly managed inventory controls.”

In addition to unaccounted weapons, investigators revealed that the Parks Police had firearms in their inventory that would be better suited someplace else. Those guns included 20 M1 Garand rifles and four Prohibition-era tommy guns. The inspector general noted that these weapons are of “limited” use.

Current Parks Police Chief Teresa Chambers has been told to use the Inspector General’s recommendations “without delay.” Chambers incidentally was fired from the same job 10 years ago after criticizing staffing levels in an article for The Washington Post. While she was accused of having a “lackadaisical attitude,” investigators also admitted that Chambers was frequently given outdated or incorrect data by top commanders. That data, she explained, was relied upon for keeping accurate gun inventory reports.