The Stars, Huntsville’s Minor league baseball team, is hosting a Second Amendment night on July 3 and in an attempt to draw a bigger crowd is giving away guns. No, let me rephrase that, they’re having a raffle for three guns: A Ruger American with a scope, a Ruger 22-45 MKIII, and a Ruger 10-22-TD.

“And since everybody’s buying guns hand over fist and Larry’s Pistol and Pawn wants to get involved in some sponsorships and they had a line out there a mile long (to buy guns),” Stars General Manager Buck Rogers said. “We’re having a Second Amendment night to talk about things anyway.”

“Our approach on our Fourth of July show, we’re going to do a night talking about the Constitution. We’re handing out copies of the Declaration of Independence to all the fans coming into the game and making it a patriotic salute,” Rogers explained.

And just to clarify, the winners of the raffle will be given vouchers to pick up the guns from Larry’s Pistol and Pawn, will be required to pass a background check, and abide by all state and federal laws concerning firearms. 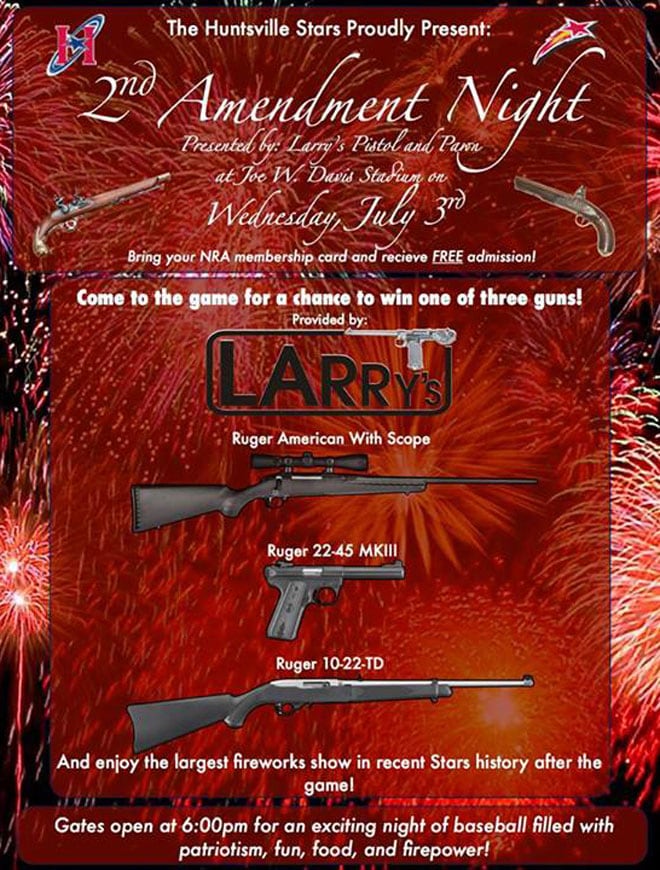