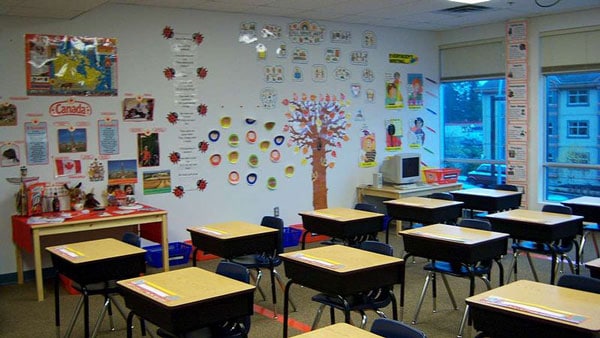 A somewhat controversial law to arm South Dakota teachers went into effect July 1. The legislation known as the “School Sentinel” bill was signed into law by Gov. Dennis Daugaard in March. The new law allows teachers in South Dakota to carry loaded firearms onto school grounds. However, there are some stipulations.

School districts must decide that they are willing to allow armed teachers into the schools, and as such, teachers must get approval from the school district to carry firearms. Local law enforcement agencies also must work with schools to implement the program, training teachers that are to be allowed to carry guns.

While the Sioux Falls School district currently has armed resource officers at its schools, not all of the districts in the state, especially those in the more rural areas, have the resources to employ armed guards. The new law was drafted as a way for those schools to have the opportunity to arm teachers in place of hiring school resource officers if the district chooses.

However, according to a local news station, officials said that they are unaware of any schools who are currently working towards implementing the program. Rapid City Rep. Scott Craig, who is the bill’s main sponsor, said that school districts will likely move slow on deciding whether or not to participate.

Not surprisingly, the new law has been the center of much debate. Those that support the legislation say that arming teachers and other staff can make the schools safer by deterring attacks and providing the means for faster first responders in case of a threat, especially in rural areas where one deputy may be responsible for patrolling any entire county. Those that oppose the new law worry that by allowing guns in schools, the safety of the children may be compromised and fear the risk of accidental shootings.

While this appears to be the first state law of its kind, there are already several school districts across the nation that allows its teachers or other staff to carry firearms. Some school districts that have more recently tried to implement such a program have sometimes been met with complications, such as the last month when the largest insurance company in Kansas stated that would not provide insurance to schools which chose to allow their teachers to be armed, citing liability issues.