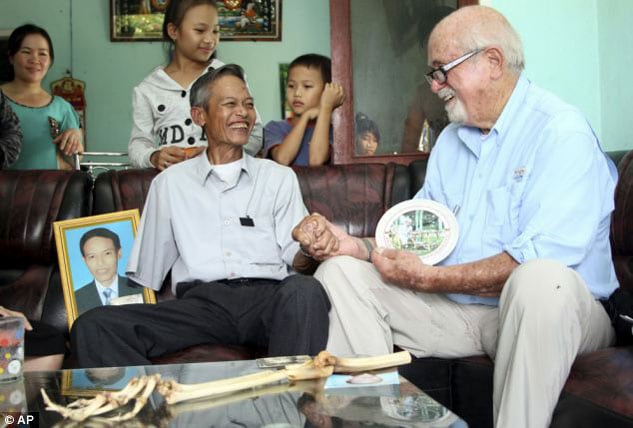 Dr. Sam Axelrad, an American doctor who amputated the arm of former North Vietnamese soldier, Nguyen Quang Hung, during the Vietnam War, has returned the man’s amputated bones this week after 47 years.

Apparently, Axelrad’s colleagues boiled the flesh from the man’s amputated limb and gave the doctor the cleaned bones as a sort of bizarre war souvenir. Axelrad took the bones home to Houston in 1966, where they sat in a closet in a military bag.

Hung’s arm was removed after an infection set in from being shot by American troops. Axelrad said that he kept the memento as a reminder of the good deeds he had done in the midst of the war, but he never took them out because he did not wish to relive his wartime experiences.

“When I was captured by the American forces, I was like a fish on a chopping-board. They could have either killed or spared me,” Hung recalled.

“He probably thought we were going to put him in some prisoner-of-war camp. Surely he was totally surprised when we just took care of him,” Axelrad explained.

The doctor rediscovered the bones in 2011 and took to finding the owner to return them. “It just blew me away what was in there. That kind of triggered my thoughts of returning,” he said.

“I can’t believe that an American doctor took my infected arm, got rid of the flesh, dried it, took it home and kept it for more than 40 years,” Hung said, happy to have his bones returned to him in the “humerus reunion.” 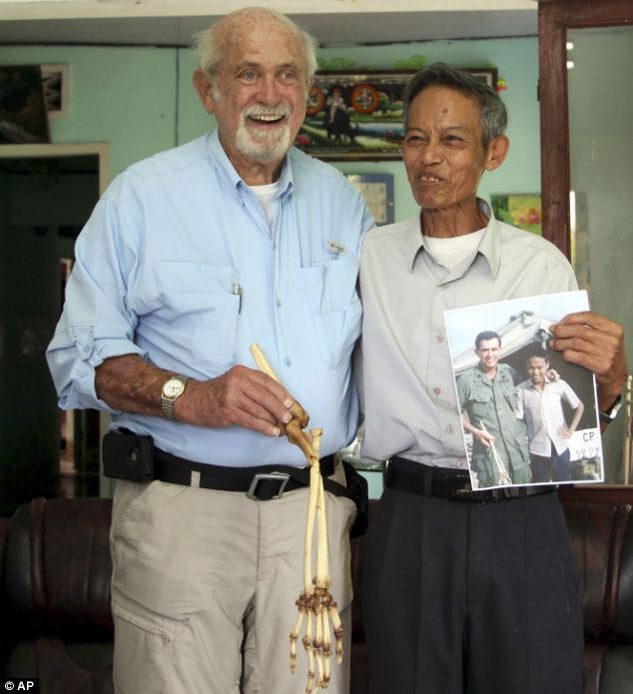 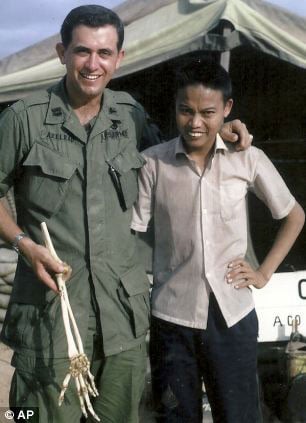 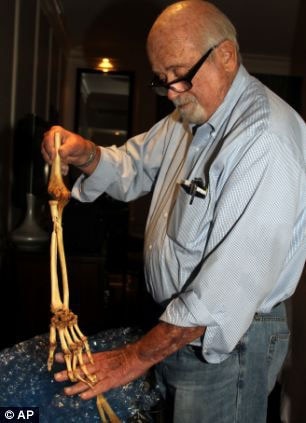