A group of about 50 protesters gathered on the steps of the Colorado capital yesterday afternoon to openly break the law. Yesterday new gun laws went into effect in the state including a magazine ban.

The new laws restrict any sale or transfer of magazines with a capacity greater than 15 rounds. Anyone who purchased their magazines prior to July 1 may keep their magazines, but they cannot sell, trade or give them away.

The protest, Magazine Swap At The Capitol, was organized earlier this month by gun rights activist Ryan Tuleja.

Protesters exchanged magazines in full view of the police, who observed the illegal transfer and sale of magazines with greater than 15-round capacities, but did not interfere. The act of civil disobedience went unpunished.

“Everyone was asked to pull out their magazines and start passing them the the left,” said one of the protesters. “With each pass of a magazine, we were breaking the law. We passed magazines for about a minute and when told to stop, we were informed that magazines we had in our hands now belonged to us. We broke the law about 15 times within a minute.”

Time will tell if any law enforcement officers intend to apply this law. At this protest, in front of journalists and reporters, it clearly seemed unnecessary or just bad press.

Violation of the law is a class 2 misdemeanor, which is punishable with a three- to 12-month jail sentence and up to $1,000 in fines.

The new gun laws are already causing some confusion. For example, a pawn shop in Longmont, Colorado, is unsure if they can legally return pawned guns with magazines with greater than 15-round capacities to their original owners.

“I could go to jail,” said Grandpa’s Pawn and Guns’ owner Rod Brandenburg to the Denver Channel. “If we violate them, knowingly, I could go to jail. I could have several financial penalties and I could have my rights to own a gun revoked for two years, which could put me out of business.”

Brandenburg contacted law enforcement including the Colorado Bureau of Investigation for guidance to no avail. “I’ve had no feedback; we’ve had no instruction. We don’t know where we sit right now, as far as the pawn aspect.”

Residents of Colorado are petitioning to directly overturn the magazine capacity limit. 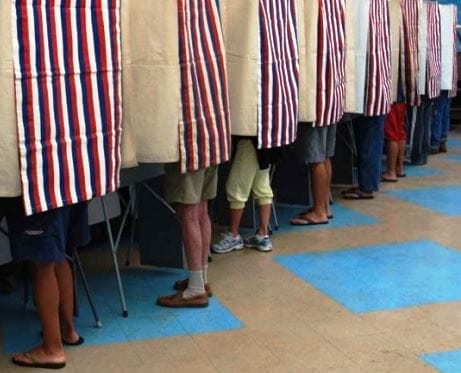 Put It to the People wants voters, not legislators, to determine magazine capacity limits.

A group call Put It to the People is circulating a petition to add a ballot initiative that would take away legislators’ ability to regulate magazine capacities and repeal any limits already in place.

The ballot initiative would amend the Colorado constitution to specify that only the people can set magazine capacity limits and only by direct vote.

“No law, except a law enacted by a vote of the people, shall restrict or limit the right of the people to purchase or possess ammunition storage and feeding devices of any capacity,” reads the amendment.

According to the group’s website they’re ready to begin collecting signatures. “Our petitions have been approved and we printed a small early run to gather some signatures.”

“Professional printing is underway and the signature drive will start in earnest soon.  We are calling for all volunteers to come forward now to make sure our petitions are in every gun shop and shooting range in Colorado.”

Grass-roots gun rights activists have had a good measure of success in the past few weeks. Recently enough registered voters petitioned successfully to kick off recall elections of Sen. Angela Giron (D-Pueblo) and Senate President John Morse (D-Colo. Springs), both of whom pushed for increased gun control against the will of their electorate.

That’s on top of a massive lawsuit brought on by gun and civil rights organizations against the state, which is backed by all but nine of the state’s sheriffs.

The lawsuit is being lead by Second Amendment expert David Kopel. Kopel is also seeking an injunction against the limit, with the hearing scheduled for July 10.

Clearly the fight for gun rights in Colorado is just beginning.