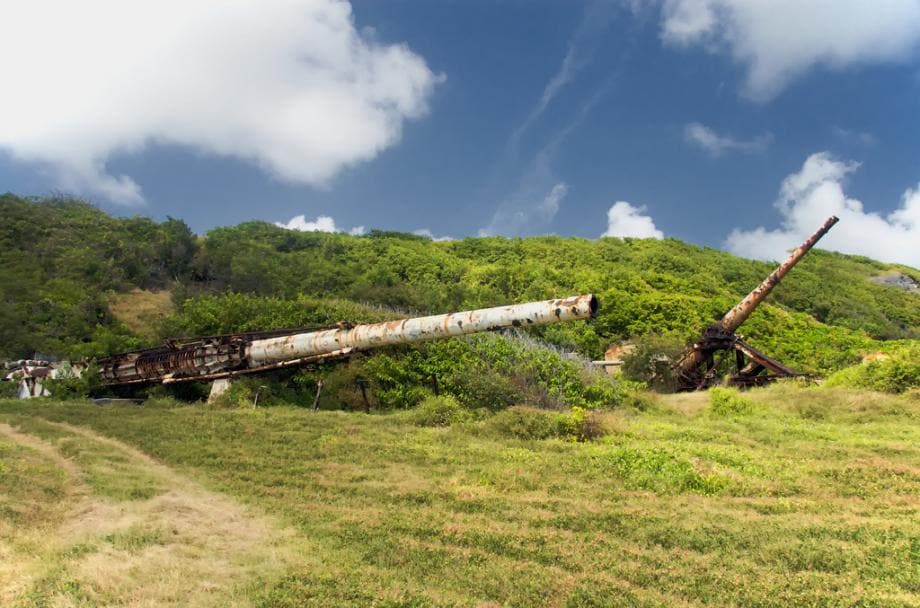 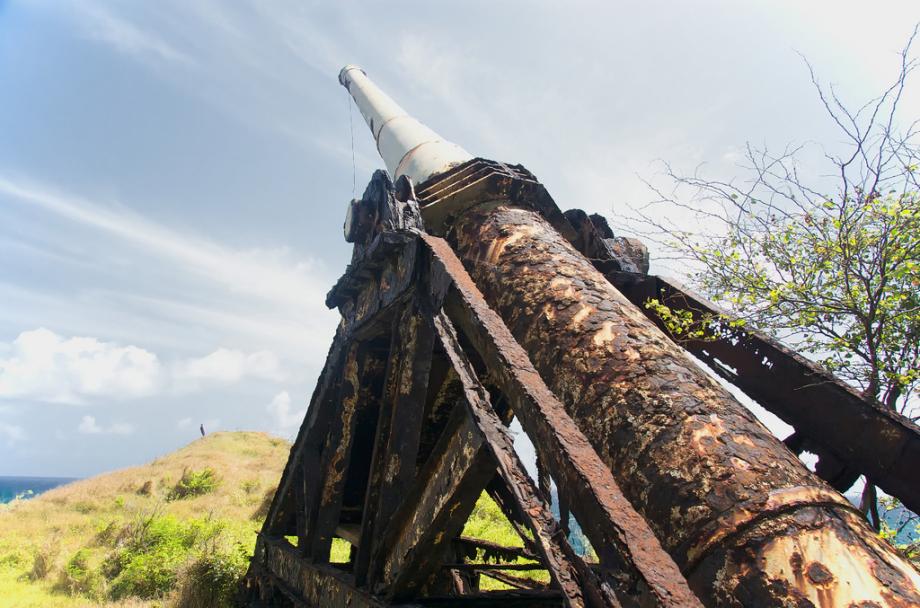 “Established in 1961 and abandoned in 1967, HARP (High Altitude Research Project) was a joint initiative between the American and Canadian defense departments. Its purpose: to research the use of ballistics to deliver objects into the upper atmosphere and beyond.

“In lay terms, the project’s goal was to create a cartoonishly large gun to shoot things into space. The fruit of this partnership, including the massive gun barrel, remains at the Barbados test site.

“Ballistic engineer Gerald Bull—later assassinated while working on a space gun for the Iraqi government—designed the HARP gun. It was first built from a 50-caliber naval cannon, the type found on a battleship, and later doubled to 100 caliber, making the gun too big for effective military application, but seemingly perfect for satellite delivery. The cannon fired projectiles in a sabot that protected the payload during the firing and would fall away as the satellite rose. At its peak in 1963, the gun was able to fire an object a staggering 112 miles into the sky, setting a world record for gun-launched altitude that has yet to be beaten.

“Having shifted priorities in the face of the Vietnam War, the US and Canadian governments withdrew funding for HARP in 1967. The giant space gun was left to rust at its original launch site. It can still be reached by hiking along the Barbados coast.”

What? Development of space guns didn’t stop because of military or budget constraints, nor did it halt because manufacturing a satellite that could withstand the massive g-forces of acceleration by cannon is difficult to say the least.

It actually stopped because God was getting jealous of our sweet-ass space gun. And you do not want a jealous God.