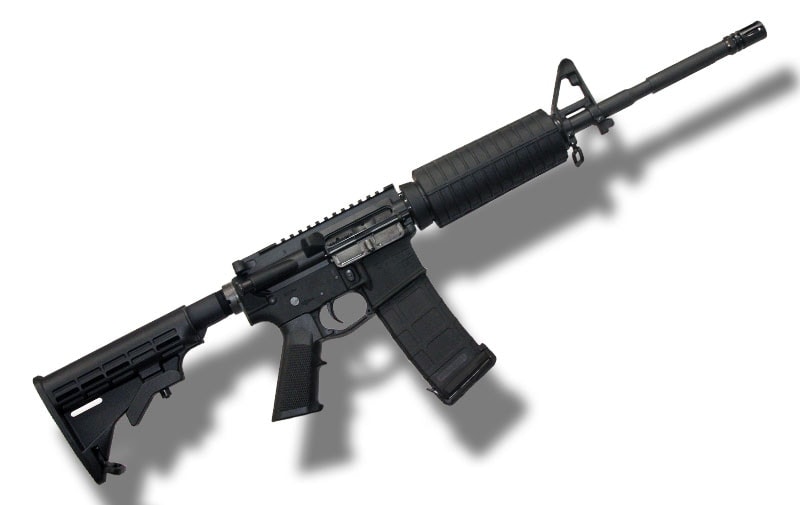 Every Fourth of July companies have great Independence Day sales and this year is no exception. While parts and ammo have been scarce for months, panic buying is letting up and manufacturers are now finally able to keep up with demand.

If that’s too much check out this DPMS Panther Sportical for just $600. Another “optics ready” package, the Sportical is another no-frills AR from a great manufacturer.

When you decide to dress up your AR head over to Battle Arms. They’re having a big Independence day sale with gift certificate giveaways, up to $60. Battle Arms makes one of the coolest AR selectors ever, an ambidextrous model with half a dozen styles of switches in a variety of colors. They sell their selectors individually or bundled with aftermarket target triggers.

If you were looking to assemble your own AR then you definitely need to head over to Palmetto State Armory. 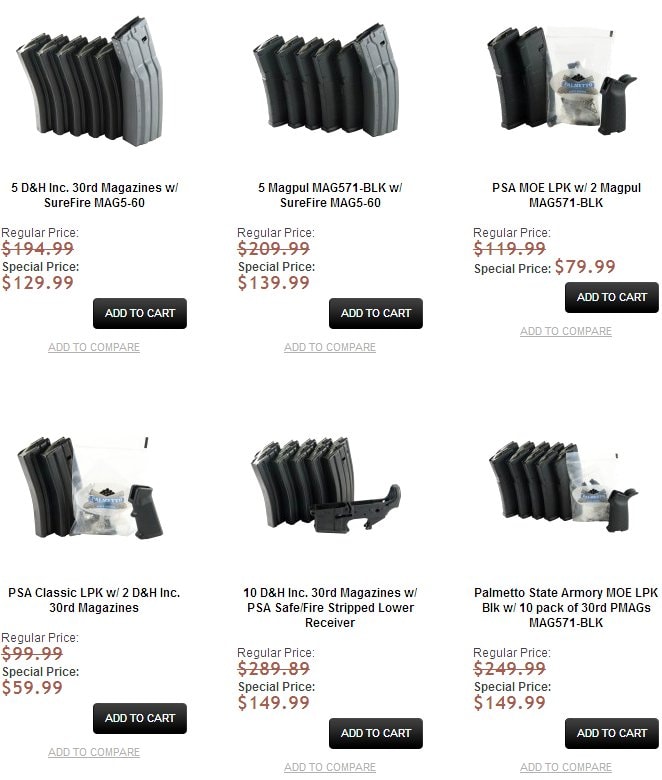 They have a great selection of AR-15 uppers, lowers, stripped lowers and parts kits available for Independence day. They’ve even got ammo in stock and at reasonable prices.

This Fourth of July their big thing is lower parts kits bundled with magazines at discount rates. If you’re building your next AR you need to swing by Palmetto State Armory.

Rifle Gear is another supplier of AR-15 parts and accessories having an Independence day celebration. They’re offering five percent off all complete guns and upper receivers and 10 percent off everything else in the store. Great time to buy from Rifle Gear.

If you want to get off the grid when building your next AR-15 you’ll need an 80 percent lower.

Good thing DIY Armory is having a sale on 80 percent lowers starting at $100. A little over pre-panic prices but given the rates that 80 percenters are going for these days they’re a steal.

DIY Armory has them available anodized and in the white. They also offer lower parts kits and jigs.

If you’re looking for something a little more complete, Aero Precision has stripped uppers and lowers back in stock for just $180 per pair. They’re also in the white and need anodizing. 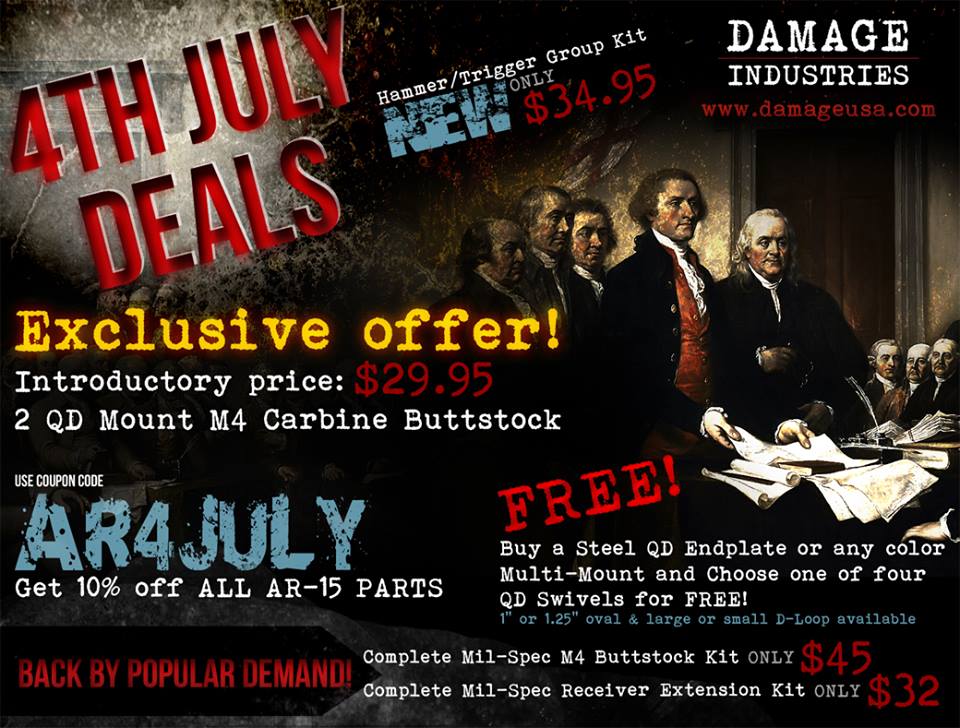 Damage Industries, the best-named accessory manufacturer ever, is also having a massive Fourth of July sale. All of their AR-15 parts 10 percent off (not including lower parts kits) if you check out with the coupon code “AR4JULY.”

We found a lot of these sales over at AR-15 News and Slickguns. Holidays and otherwise, they’re both terrific resources for finding great sales. Whenever you feel like you need a new gun or gun accessory you should hit up those two websites first.

Many companies are celebrating Independence Day with solid bargains and we know that this is just the tip of the iceberg.

So please, add any sales you want to share with your fellow Americans this holiday, and post links in the comments.

Have a great Independence Day!