Three Brothers Make History by Enrolling at West Point Together

The brothers line up during Reception Day at the U.S. Military Academy. From left: Twins, Cole and Sumner, and Noah. (Photo credit: Associated Press)

Three brothers from Nederland, Texas made history this week as they began cadet training at West Point together. 19-year-old Noah Ogrydziak, who already completed a year at West Point’s prep school, enrolled at the academy with his 18-year-old twin brothers, Cole and Sumner. They will spend the next six weeks undergoing basic training, an intense civilian-to-military adjustment sometimes referred to as “Beast Barracks.”

The brothers’ enrollment was one of just a few times that the U.S. Military Academy has accepted three siblings into the same class, the most recent being in 1981 when John Forrester was admitted with his younger twin sisters, Rose and Anne. 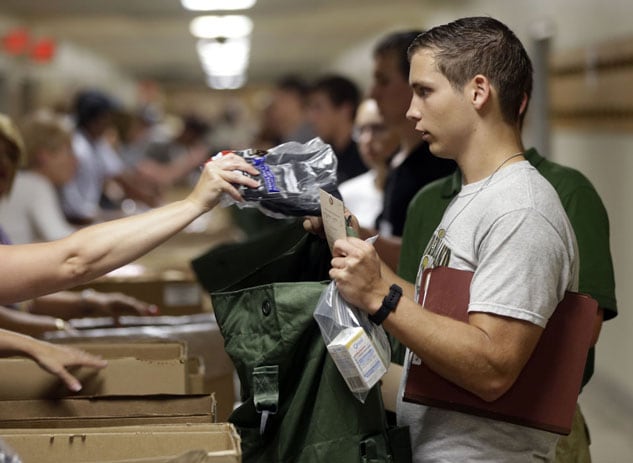 The brothers have all signed up for four years of training and, if they complete the entire program, will all graduate in 2017 as second lieutenants in the Army. Noah plans to work with the Signal Corps with high-tech networks, Cole wants to study medicine, and Sumner is undecided, leaning towards either engineering or aviation. The boys are excited about the opportunities available through the academy. 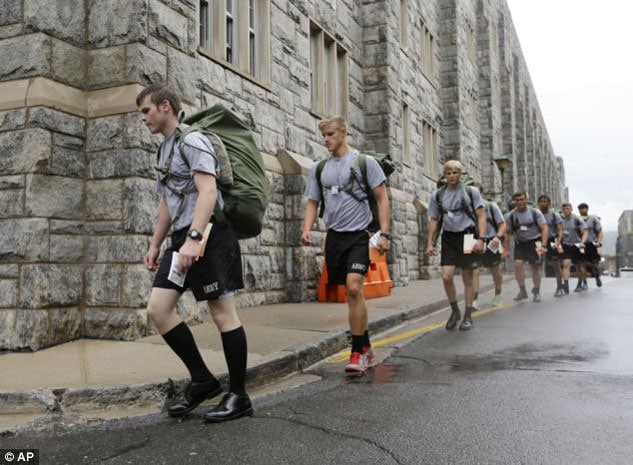 The boys march with other cadets on reception Day. (Photo credit: Associated Press)

“If you go to West Point, they’re going to push you really hard,” Cole said. “In the end, they want you to succeed. Whereas any other college, they just want your money.”

Joining 1,200 other new cadets, Sumner stated after arriving early Monday morning, “It helps knowing that your brothers are here, even though we’re going to be separated all across campus in different companies, but I’m sure we’ll see each other and it will help keep morale a little bit higher.” 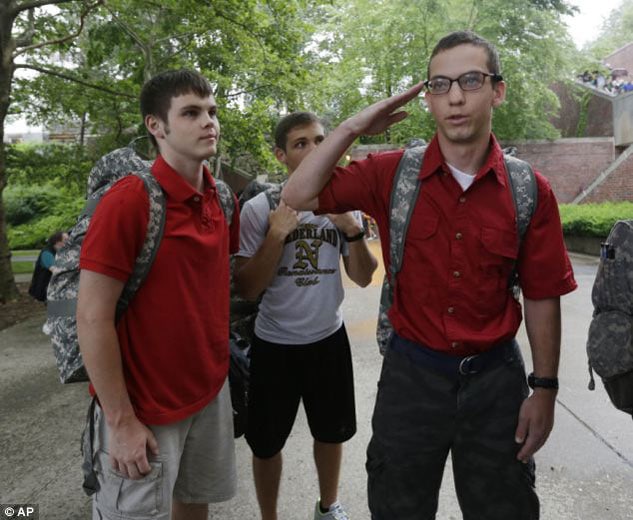 The boys come from a family with a strong military background. Their father, Randal, is a Coast Guard Captain who serves as a deputy sector commander in Corpus Christi and their mother, Kristine, served 10 years in the Coast Guard. Their grandfathers both served in the military as well.

The boys’ father said, “They’re going to be in harm’s way, I’ve been there myself. And I applaud them for doing this. But as a father, it’s like, ‘Geez, am I doing the right thing?’ I think so.”