A grandma in West Virginia is likely to face charges for accidentally shooting and killing her 11-year-old grandson when she heard what she thought was someone trespassing on her property last week.

When Tina Owens heard noises outside her rural Jarvisville home, she armed herself with a .40-caliber handgun and walked outside with her son. She fired several shots into the dark as a warning to the possible intruders. Only one of the shots travelled about 200 yards to where her grandson, William, was sleeping in his bedroom next door and pierced his chest. He later died from the injury.

Additionally, when police arrived they found no sign that any intruders had been on the property.

Harrison County Prosecutor Joe Shaffer announced today that he would seek criminal indictment for the woman when the grand jury meets in September; a decision that did not come too easily for him, but nonetheless one that he found necessary.

“It’s very difficult, but I have to also consider, what if somebody else had been shot rather than her grandson?” Shaffer said.

“I realize that the death of her grandson is something she’s going to have to live with the rest of her life,” he said, “but in any community, this is possible if people aren’t responsible gun owners.”

“It’s an important public issue, particularly concerning the responsibility that comes along with exercising your Second Amendment rights,” Shaffer explained. “I would like 16 Harrison County citizens to consider that.”

Shaffer then went on to explain that there are two important factors in the case that jurors will have to consider. One being that the family lost the child because of Owens’ actions the other being the right recognized by the Second Amendment of citizens to be allowed to protect their property.

“I want the grand jury to consider those two competing elements of this case because regardless of what I think, if 12 of 16 citizens do not agree to indict then it is unlikely that 12 of 12 citizens would agree at trial,” he said. 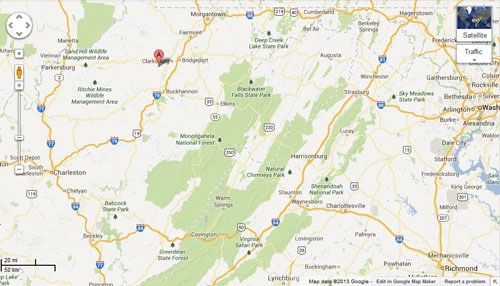 Shaffer stated that they will hear from the family of the victim, as they would with any other case, concerning whether or not to press charges.

Shaffer also stated that he is waiting to present the case to the grand jury to give the family, including the grandmother, a chance to bury the child and time for grieving.

None of the family members have spoken with the media.

What’s your opinion? Should the grandmother face charges for the boy’s death?