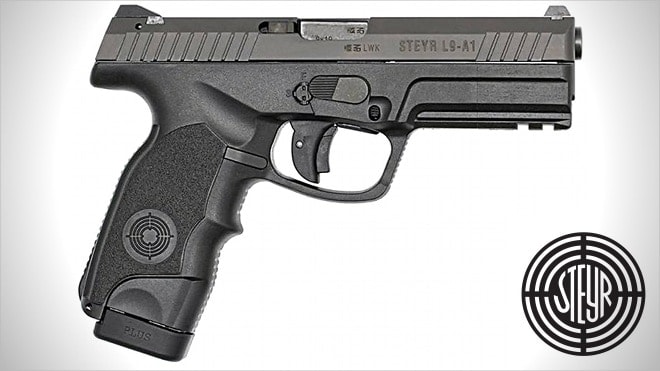 Steyr has announced that their newest full-size handgun, the L9-A1, is after a long wait, now shipping to distributors. Chambered for 9mm, the “Long Slide” version of Steyr’s proven M-series service pistol sports an extended slide and frame to house a 4.53-inch barrel.

Steyr’s handguns now come in four sizes, S-, M-, C- (compact) and L-. Steyr is still working on getting their L40-A1 to market, the .40 S&W variant of the long slide handgun.

It shares all of the features of the standard M-series. The L9 has an extremely low bore axis, which makes the perceived recoil very low. These guns are very easy to get back on target. 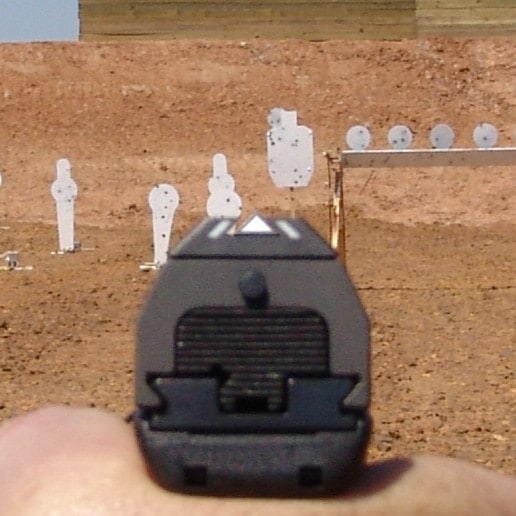 The trapezoidal sights make target acquisition fast, too. Unlike common handgun sights, Steyr uses a triangular front sight and inwardly-angled rear sights that frame the front sight. By putting the point of the triangle on your target and letting the rear sights fall around the front, forming a sight picture is very natural and makes fast and accurate shooting a cinch.

One unusual feature of the L9 and other Steyr handguns is the integral lock. With the use of an included key or security driver it’s possible to lock the gun loaded or otherwise, rendering it completely inert. Otherwise the gun has no manual safeties, only a passive trigger safety and drop safeties.

Although the gun is polymer framed, it has a solid internal steel frame that makes these guns lock up tight and the added rigidity makes them an inherently accurate service pistol. This internal rail system adds quite a bit to the gun’s mass as well, putting it on the heavy side of the polymer gun scale at 28.5 ounces empty.

Another thing that often sets the Steyr pistols apart is their low prices. They’re some of the most affordable service pistols on the market and they don’t sacrifice features or cut corners. These guns are ready for self-defense and target shooting just as they are duty, but can often be found for less than their competition.

The Long Slide has a recommended retail price of $650 and we fully expect to see them sell for at least a hundred dollars less than that from many dealers.

Steyr first hinted at the L9-A1 about a year ago and the wait has well worth it. If you’ve been looking for a polymer service pistol but aren’t interested in the Glocks and Springfields of this world then you ought to put Steyr on your list.

For more information hit up their product page and check out Steyr on Facebook.