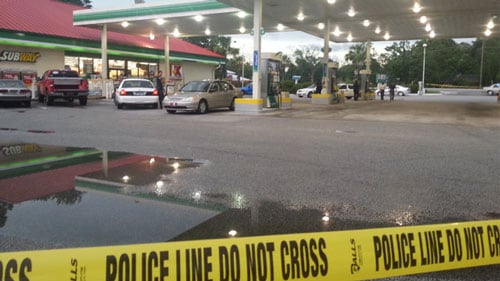 They just thought it was going to be easy money. (Photo credit: ABC News, Charleston)

Two robbery suspects were captured last week with the help of an unidentified armed citizen in Mt. Pleasant, South Carolina. The suspects are responsible for at least two recent robberies in the area and possibly up to four, according to a local ABC affiliate.

The two men entered a gas station Wednesday night with their faces covered and armed with a gun and demanded money from the clerk. Once they had cash in hand, they turned to leave, but shot at the clerk on their way out. Fortunately, the bullet only grazed the clerk, causing a small cut to his arm, a minor non-life threatening injury.

But unfortunately for the suspects, there was an armed citizen outside of the store which witnessed the incident as it happened. That man pulled out his own firearm and detained 17-year-old Deion Watson at gunpoint until police arrived. The other suspect, 23-year-old Markel Jovan Wright ran off, but was captured the following day in Huger by U.S. Marshals.

Both suspects remain behind bars, charged with armed robbery for two robberies that happened within days of each other. Police are still investigating the suspects’ possible involvement in at least two other robberies.

Bond has been set at $200,000 for Watson, but Wright was denied bond due to other pending charges. 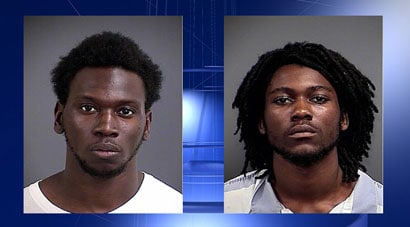 The two suspects are now behind bars thanks in part to an armed citizen. (Photo credit: ABC News, Charleston)

Wright was just released on bond less than two weeks ago on a fraud charge for stealing over $3,000 from cash registers at a Wal-Mart where he worked for two weeks in June. According to court records, he was also charged in nearby Darlington County with attempted murder and discharging firearms into a dwelling in February of 2012.

Police stated that the armed citizen, who never even had to fire a shot to help capture the suspects, does not want to talk to the media or have any of his personal information released.