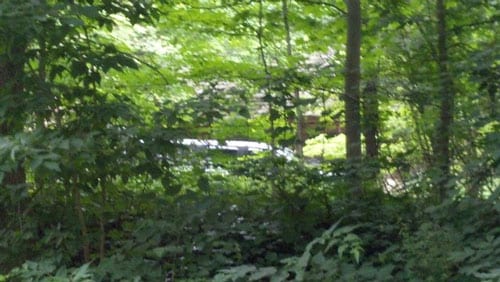 The LaPorte County sheriff said the home might have been targeted because of its remote location and the covering trees. (Photo credit: Fox 28)

An Indiana resident shot and killed a man during an apparent home invasion Monday morning.

According to the La Porte County Sheriff’s Office, it was just after 9 o’clock when the resident was awakened by the sound of breaking glass in the rural New Carlisle home, just south of the Michigan border. The resident armed himself with a handgun and when he went to check out the noise was confronted by an intruder armed with a hatchet. The two became involved in a fight that eventually ended in the resident shooting the intruder. The man then immediately called 911 to report what had happened.

When police arrived they found 23-year-old Jason Rabe of Three Oaks Township, Michigan, deceased in the home from a single gunshot wound to the chest.

The NBC affiliate in the area reported that an autopsy had been performed by the La Porte County Coroner and he discovered that the bullet punctured Rabe’s heart, a wound so severe that “the best heart surgeon couldn’t have saved him.”

During the investigation, the detectives discovered that he had entered the home by breaking the glass of a back window and that he had arrived to the area via moped.

“You can just barely see the home with all the trees surrounding it,” Sheriff Michael Mollenhauer of the La Porte County Sheriff’s Office told local media. “It makes it good for somebody that’s looking to do harm or possibly break into a residence.”

The resident was treated by paramedics at his home for injuries he received during the confrontation, but he declined to have further medical treatment. It is unknown at this time what kind of injuries he sustained.

Rabe’s death has been ruled a homicide, meaning that he was killed by another person, but the decision will fall on investigators and the county’s prosecutor to determine whether the shooting was justified. However, Mollenhauer said, “I don’t anticipate there would by any charges whatsoever.”

The resident has rented the home for about a year and the owners of the home, who live about one-eighth of a mile away, said that he is a very nice man. He is reported to be extremely upset over shooting the intruder.