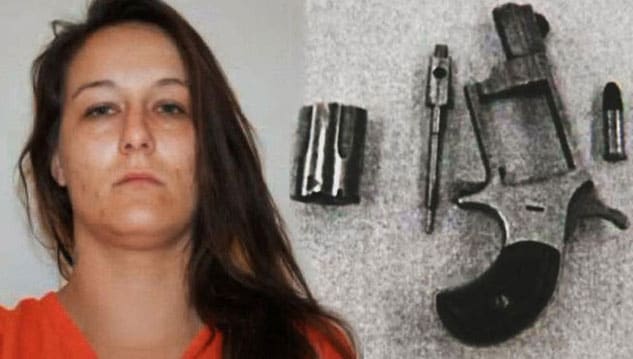 An Oklahoma woman has been sentenced to 25 years in prison for three felony counts: possession of methamphetamine with intent to distribute, gun possession and bringing contraband into jail. But the real story is where 28-year-old Christie Dawn Harris attempted to hide the contraband. Apparently back in March when she was arrested, she thought it was a good idea to hide bags of methamphetamine in her butt and a loaded revolver in her vagina.

According to the police report while being booked into jail she said “several times that she needed to go to the bathroom,” but apparently not because she had drank too much water.

After relieving herself, the woman hesitated to lower her panties to allow a female officer to search her, saying that she “was on her period and did not want to.”

Once the officer did start to search her, she immediately noticed “a wooden and metal item sticking out from her vagina area.” Turns out the object was a Freedom Arms .22 caliber five-shot revolver “loaded with three live rounds and one spent shell.” Sure hope that shell was spent before the gun was concealed. 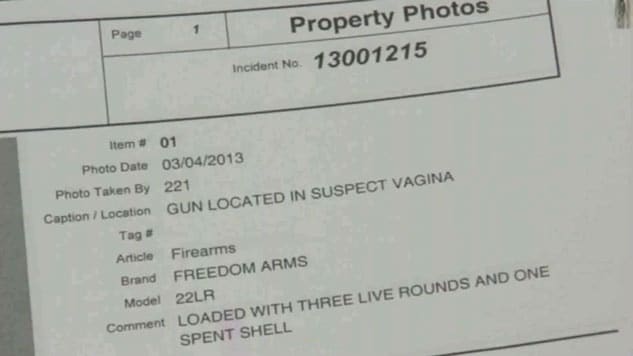