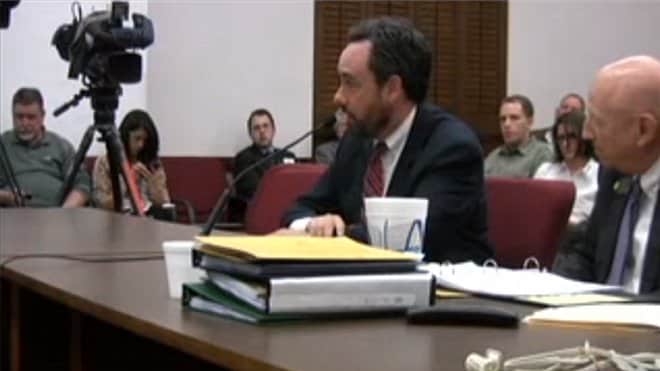 The hearing scheduled today for an injunction against two of Colorado’s new gun control laws did not happen after both parties withdrew their requests following new guidelines on how to interpret the law were agreed upon late last night.

David Kopel of the Independence Institute, the attorney representing the coalition of complainants including 55 of the state’s sheriffs, and Colorado State Solicitor General Dan Domenico drafted new technical guidelines instructing law enforcement and prosecutors how to implement the new laws.

“The agreement accomplishes everything we wanted,” said Kopel to the Denver Post. “We fixed two problems, two of the lesser problems on the bad law, and the core problem with the bad law is what we’ll be going to trial about.”

The rest of the lawsuit will continue as planned.

“The agreement is consistent with the reasonable, narrow reading of the statute that we have advocated and it now allows the court to expeditiously move to consideration of the Second Amendment implications of the statute,” State Attorney General John Suthers added.

They were prepared to ask Chief U.S. District Court Judge Marcia Krieger to weigh in on a preliminary injunction, but having come to an agreement called off the hearing with Suthers redrafting the technical guidelines. These amended instructions will help prevent many Coloradans from unintentionally breaking the law.

The new laws ban magazines with a capacity greater than 15 but was awkwardly-worded to include any magazines that can have their capacities changed. Because the vast majority of magazine designs can accept extensions, the guidelines stipulate that these can’t be considered a violation of the law.

All magazines with greater than 15-round capacities purchased prior to the ban were grandfathered in, but cannot be transferred. A problem that both sides came to agree on was what constitutes a “transfer” of these magazines. Previously simply loaning a magazine to another person could be construed as breaking the law.

The new guidelines hold that a transfer requires a permanent exchange or sale.

These issues have already come up during the first few days of the new law’s existence. One example was a pawn shop owner who was unsure if he was able to return guns with these magazines to their original owners. These people will no longer be considered to have completely given up possession of their magazines.

The recent Magazine Swap at the Capital would also be considered legal, at least in part. Protesters organized on the state’s capital building lawn to trade magazines on July 1, the day the laws took effect. However, some protesters traded and sold the magazines, which would still be considered illegal. None of the protesters were charged with committing a crime.

It is once again legal to loan any guns, including guns with greater than 15-round magazines, to other people in Colorado, provided the loan does not last for more than 72 hours.

Kopel had originally planned to seek an injunction against the mandatory background check law as well, but decided to put it off until the full trial. “In the context of something that size, how much can we show in this stage in this case?” he said.

A trial date has not yet been set, but both laws are being challenged as violations of the Second and Fourteenth Amendments as well as the Americans with Disabilities Act.