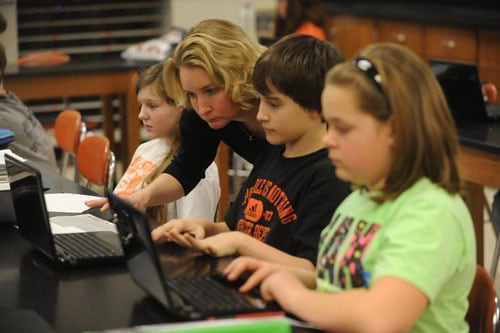 She may be packing heat… or maybe not. (Photo credit: Newcomerstown School District)

An Ohio school district has announced that it will implement a program that will allow teachers to carry guns on campus in a designated school safety zone.

According to a local news report, the board of education recently approved the new school safety plan for the Newcomerstown Exempted Village School District, a small rural school district located about 100 miles south of Cleveland, with just over 1,000 students.

The policy change will take effect in the fall of the 2013-2014 school year, and although the change has made news, the idea is nothing new.

“This is a discussion we’ve had for a long time. We’ve been very transparent. We want to keep our students safe,” said Superintendent Jeff Staggs. However, just because the discussion has been transparent doesn’t mean the details of the program are, which Staggs admits is part of the intent.

School board president Jerry Lahmers explained that it would be counterproductive to release too many specifics of the program, such as the number of people carrying firearms or which buildings they occupy.

Details that have been made public are the stipulations for staff members who are allowed to possess guns. Employees are designated by the school board and superintendent and in addition to having a valid concealed carry permit, they are required to undergo tactical training and recertify with the Tuscarawas County Sheriff’s Department every year. Lahmers did disclose that there was already at least one employee who has met the requirements for carrying a gun on the school grounds come this fall.

The program gained momentum earlier this year when a group of citizens, known as the Parent Safety Committee, approached the school board with the idea of arming teachers to protect their children in the event of an outside attack.

The group explained to the board how, according to a New York Daily News report, “With a single exception, every multiple-victim public shooting in the U.S. in which more than three people have been killed since at least 1950 has taken place where citizens are not allowed to carry their own firearms.” The school board committee agreed with the group’s reasoning that there is an imminent need to “get rid of gun-free zones.” 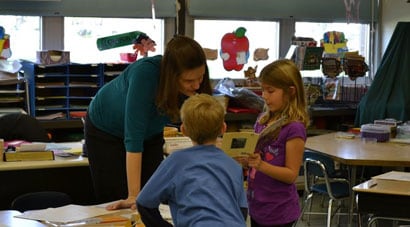 Lahmers said the new policy should help keep kids safe. “I think it would be somewhat of a deterrent,” he said.

In addition to arming school staff, the program also revamped safety features of the school by installing buzzer systems, updating safety procedures and implementing the use of the NaviGate program which helps first responders dealing with emergencies at the school.