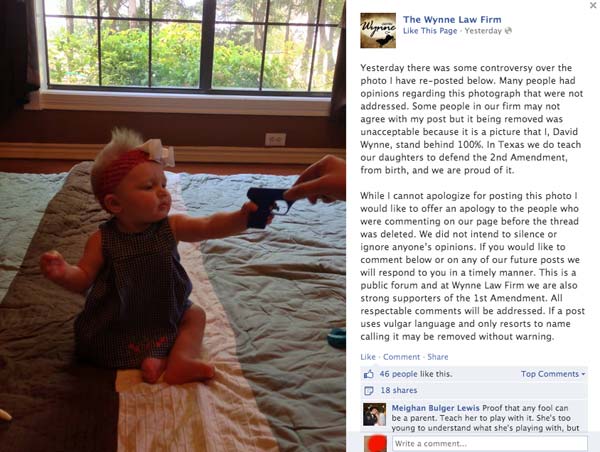 Yesterday the Facebook page of Wynne Law Firm in Fort Worth, Texas, got a bump in ‘engagement’ like it’s never seen before after divorce attorney David Wynne posted several images of children and guns accompanied by pro-Second Amendment captions.

On Monday, David Wynne (or whoever manages the FB page for the law firm) posted the three photos below to all of the small businesses’ 197 followers but someone at the firm removed the photos Tuesday in the face of scrutiny and blue language.  Wynne then reposted the images today along with this message:

Yesterday there was some controversy over the photo I have re-posted below. Many people had opinions regarding this photograph that were not addressed. Some people in our firm may not agree with my post but it being removed was unacceptable because it is a picture that I, David Wynne, stand behind 100%. In Texas we do teach our daughters to defend the 2nd Amendment, from birth, and we are proud of it.

While I cannot apologize for posting this photo I would like to offer an apology to the people who were commenting on our page before the thread was deleted. We did not intend to silence or ignore anyone’s opinions. If you would like to comment below or on any of our future posts we will respond to you in a timely manner. This is a public forum and at Wynne Law Firm we are also strong supporters of the 1st Amendment. All respectable comments will be addressed. If a post uses vulgar language and only resorts to name calling it may be removed without warning.

That post garnered over 200 comments in three hours, many critical of the image and some showing support, and has inspired much chest beating among the pro-gun control blogger community including allegations of child endangerment and threats of doxxing Mr. Wynne and his business. 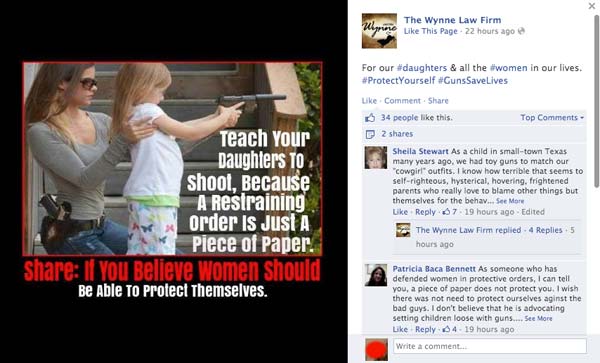 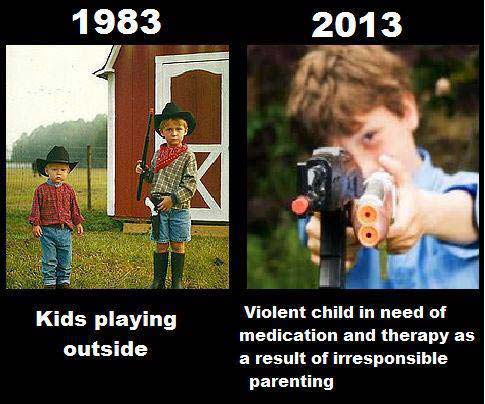 Frankly, Guns.com finds the whole thing absurd and would have seen this coming — kids plus guns plus business Facebook page equals flame wars — but it’s hard not to sympathize with someone who’s intention to spread his enthusiasm for the Second Amendment and the future of the United States seems so sincere.  One of the finest lawmen in this country, FBI agent D.A. Bryce teethed on a pistol in the crib.

We also can’t help but find it funny that with all the finger wagging over these photos Wynne law firm might as well have been nabbed off of a Google Image search, only three people applauded the group for investing in a rainwater system.  Did you know water proper sanitation has the potential to alleviate 6.1 percent of all deaths globally?  You do now. 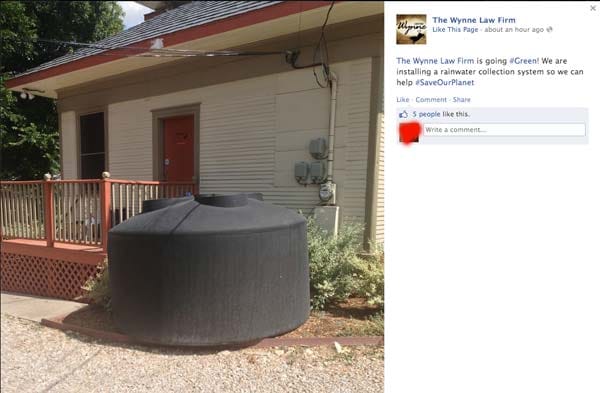 But in the same breath, it’s hard to be critical of these folks with strong opinions about other people’s parenting practices because that’s the nice part about Facebook pages — they offer anybody the freedom to voice their opinion.  Maybe you should voice yours?