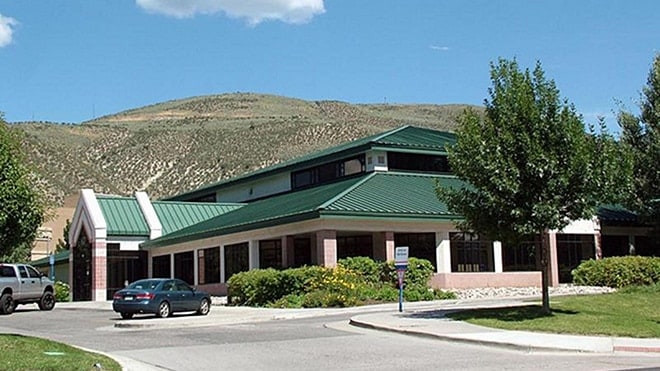 The Post Office in Avon, Colorado, which is quite possibly the most productive one, but who knows for sure.

Tab Bonidy, an Avon, Colorado, resident wrote the United States Post Office a letter asking them in July of 2010 if he would be prosecuted for carrying a firearm into a Post Office or even just leaving a gun in his car in the parking lot.

When their response was a clear “yes,” Bonidy sued, claiming that the USPS’s position was a violation of his Second Amendment rights.

Bonidy has a concealed-carry permit and carries regularly and frequently utilizes the Post Office. He took his case to court with the help of gun rights organization the National Association for Gun Rights.

U.S. District Judge Richard Matsch delivered a two-part ruling, siding with both Bonidy and the USPS.

In his decision, the judge agreed with the Post Office’s interpretation of existing law which gives them the right to “[govern] conduct on postal property prevent (Bonidy) from carrying firearms, openly or concealed, onto any real property under the charge and control of the Postal Service.”

Matsch said that public safety trumps individual safety within the walls of the Post Office, but doesn’t run all the way out to the parking lot.

According to the ruling, Matsch said, “An individual openly carrying a firearm may excite passions, or excited passions may lead to the use of the firearm. Someone could also attempt to take the firearm from its lawful carrier and use it for criminal purpose.”

However, he did not extend the regulations into Bonidy’s vehicle. Under most circumstances in Colorado, a person’s vehicle is considered an extension of their home where property laws are considered.

And in fact, Colorado law already supports the right to secure vehicular property with arms.

The decision is available online here.

“In sum, openly carrying a firearm outside the home is a liberty protected by the Second Amendment. The Avon Post Office Building is a sensitive place and the ban imposed by the USPS Regulation is a presumptively valid restriction of that liberty. The Plaintiff has failed to present evidence to rebut that presumption.

“The parking lot adjacent to the building is not a sensitive place and the Defendants have failed to show that an absolute ban on firearms is substantially related to their important public safety objective. The public interest in safety and Mr. Bonidy’s liberty can be accommodated by modifying the Regulation to permit Mr. Bonidy to ‘have ready access to essential postal services’ provided  by the Avon Post Office while also exercising his right to self-defense.”

Colorado is quickly becoming the new focus of the legal fight for Second Amendment rights and gun prohibition in the name of public security. Currently the state is facing a massive lawsuit against an overwhelming majority of sheriffs in addition to local business and civil rights groups following the implementation of strict new gun control laws.