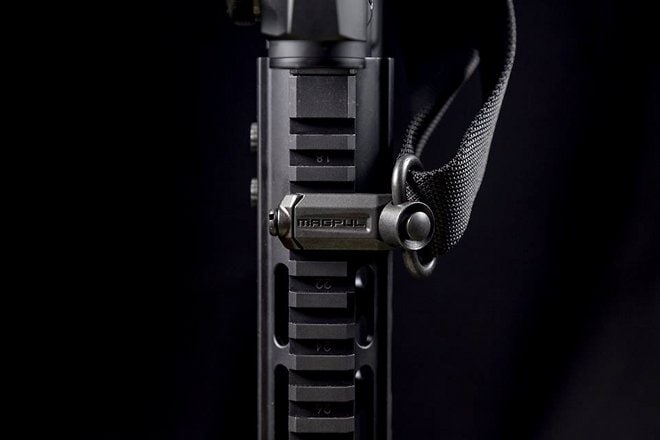 If you can’t ever get enough Magpul to accessorize every single gun, be it handgun, rifle or shotgun, if you’re the sort of person who bought an iPhone just for the Magpul case, then great news: Magpul is adding new products to their catalog.

The first is dead-simple but a long time in the waiting. Magpul has finally developed a quick-detach sling point adapter for Picatinny rail systems. This melonite-finished steel brace wraps around any standard MIL-STD-1913 with a minimalist sling socket poking out at a 45 degree angle.

Officially called the RSA-QD (Rail Sling Adapter — Quick Detach) this adapter is low-profile to keep snags to a minimum and the angle helps pivot the end of the sling more comfortably when carrying a rifle. 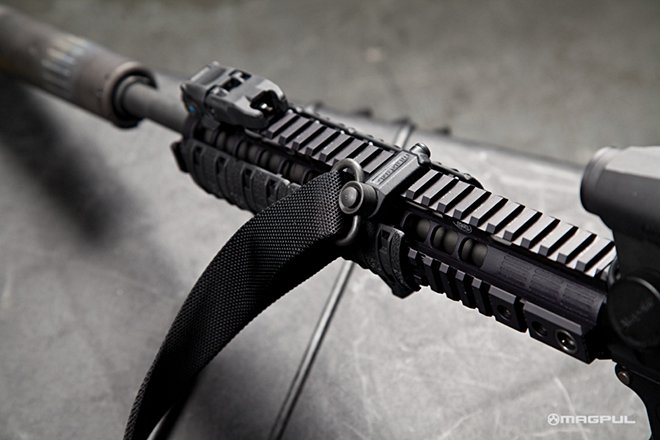 Because of its simplicity the sling can be mounted ahead or behind the shooter’s grip on the handguard as well as on the top, side or bottom rails with multi-rail handguards.

This isn’t the first adapter of its kind but it’s a Magpul product, backed by their reputation and low price policy. The RSA-QD has a full retail price of $30, which mean you should expect to see them in stores for a few dollars less.

For all the details, hit up the Magpul RSA-QD product page. 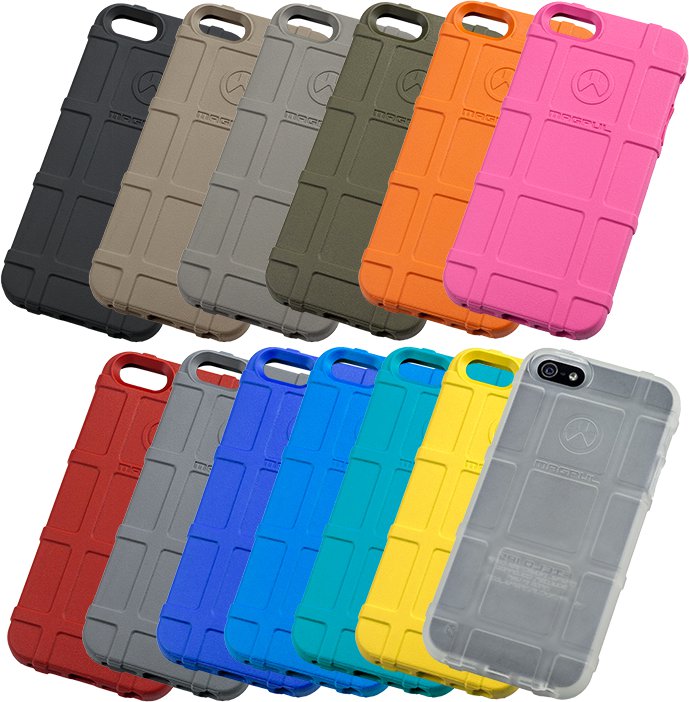 And in a surprising show of non-tactical color, Magpul is rolling out new iPhone 4/5 “Field Cases” in a full rainbow of options, including black and clear which if we don’t mention it first, black isn’t a color it’s a hue, and clear is, well, clear. It’s an opacity?

These new colors don’t add to the cost of a Field Case. Their MSRP is just $13.

Nevertheless these new options do more than just make iPhone owners happy. They raise questions. It makes a lot of sense to have orange furniture on firearms from a safety perpective, and it’s not uncommon to see hunting and boating guns fixed up that way.

In fact, we can see many agencies, departments and shooters wanting more options for their other guns, especially to identify between lethal and less-than-lethal firearms. But in general, if there’s a downside to a firetruck red rifle we’ve yet to find it.

It’s possible that some of these colors (and hues and opacities) may not be viable for use with firearms. While fine for Apple hardware, colors and pigments (and the lack thereof) can affect the integrity of the polymers, making them less durable and not to the standards we’ve come to expect from Magpul.

But if that’s not the case, we really hope that some day Magpul makes the clear AR a reality.

Magpul may be on the lookout for a new home, as they’re leaving Colorado in protest of its new, strict gun control laws, but they’re certainly not slouching when it comes to new products.

Just recently they announced a 40-round PMAG and a new series of AK-compatible magazines, too.