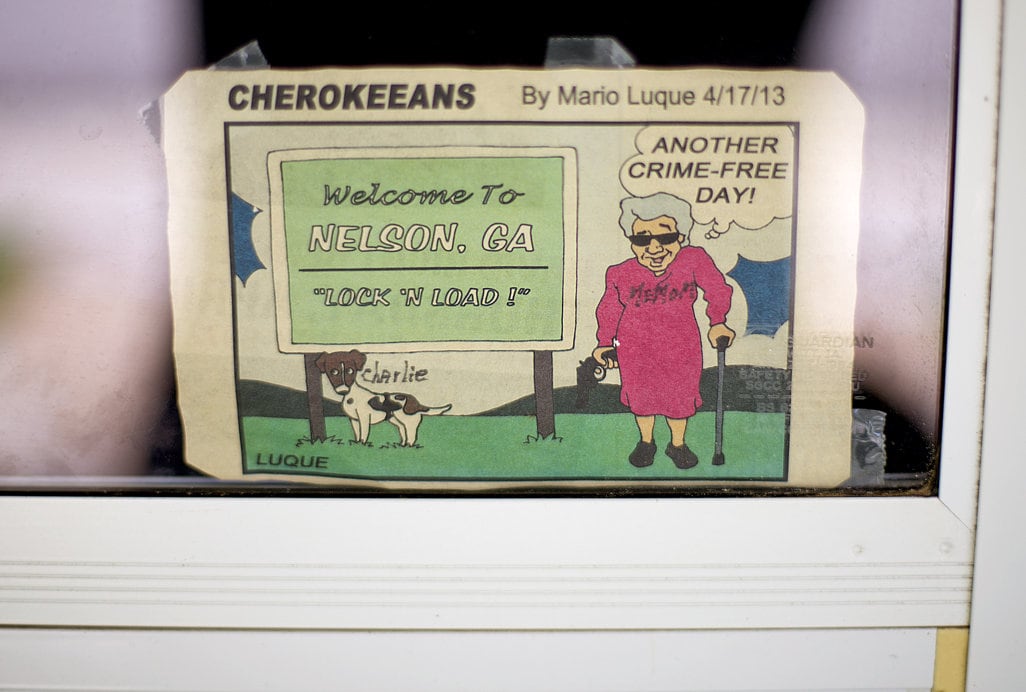 Welcome to Nelson, Georgia. Crime not welcome, but guns are! (Photo credit: AP)

A small town in Georgia is facing off with a national gun control group over an ordinance that the city passed earlier this year requiring that every head of the household in the city to own a firearm.

The Family Protection Ordinance of Nelson, Georgia was adopted on April 1 and a lawsuit from The Brady Center to Prevent Gun Violence followed about six weeks later.

According to the ordinance, “In order to provide for the emergency management of the city, and further in order to provide for and protect the safety, security and general welfare of the city and its inhabitants, every head of household residing in the city limits is required to maintain a firearm, together with ammunition therefore.” Failure to comply with the legislation carries a hefty fine of $1,000.

Both the City of Nelson and The Brady Campaign are in the process of gathering documents for making procedural court filings and the two sides hope to reach a settlement soon. Both parties declined to comment on what such a settlement might include.

The Brady Campaign’s suit claims that the ordinance “violates citizens’ First, Second, and Fourteenth Amendment rights,” and that the suit was filed on behalf of citizens who face the steep fine. In a press release from May, the center explains the reasoning behind the lawsuit.

“In this lawsuit we seek to establish that the government does not have the authority to compel Americans to buy guns or bring them into their homes. In fact, while the Second Amendment gives law-abiding Americans the right to own a gun if they decide that’s the best way to ensure the safety of their homes and their families, the majority of Americans choose to protect their families by keeping guns out.  This ordinance denies the people of Nelson that freedom.  Forcing residents to buy guns they do not want or need won’t make the City of Nelson or its people any safer, and only serves to increase gun sales and gun industry profits.  A gun brought into your home is far more likely to be used to injure or kill a family member, than to ward off an intruder.”

The release is void of actual facts to back up the opinionated claims and, in fact, goes against a recently released study by the Centers for Disease Control showing that guns are much more likely to be used in self-defense.

However, the primary steam behind the lawsuit doesn’t lie in firearm statistics; it lies in whether or not the ordinance is constitutional. In other words, can the government mandate that a citizen purchase a particular good or service?

According to David Archer, the city’s attorney, “I don’t think there was ever any intention of the City of Nelson to enforce the ordinance,” and City Manager Brandy Edwards confirmed last week that no one has been charged for non-compliance of the new law.

In fact, the ordinance was never meant to be enforced but rather had a twofold meaning. First, it was a political statement aimed at President Obama and others in federal government pushing for greater gun control, declaring that the City of Nelson strongly supported its constitutionally guaranteed right to keep and bear arms and that right shall not be infringed.

Second, the city of 1,300 is located about 50 miles north of Atlanta and is concerned over increasing and expanding crime in the area. Councilman Duane Cronic, who sponsored the legislation, said that it was a sort of warning to criminals that the area was not willing to invite criminal activity. He compared the ordinance to the alarm systems signs people place in their yards to deter criminals. “We’re making a statement,” City Council member Jackie Jarrett reiterated. “If you plan on doing us harm, we’ll be armed.”

In addition, the small town only has the resources to employ one law enforcement officer. The rate of officers hasn’t increased, but the amount of crime has.

“Crime is moving on up the road,” Jarrett explained. “Subdivisions are opening up, and we don’t know who those people are.”

But Jonathan Lowy, the Brady Center’s attorney said, “There’s no guarantee that a law that’s on the books will not be enforced,” citing that for people like Nelson resident Lamar Kellett the ordinance has caused unnecessary hardship. 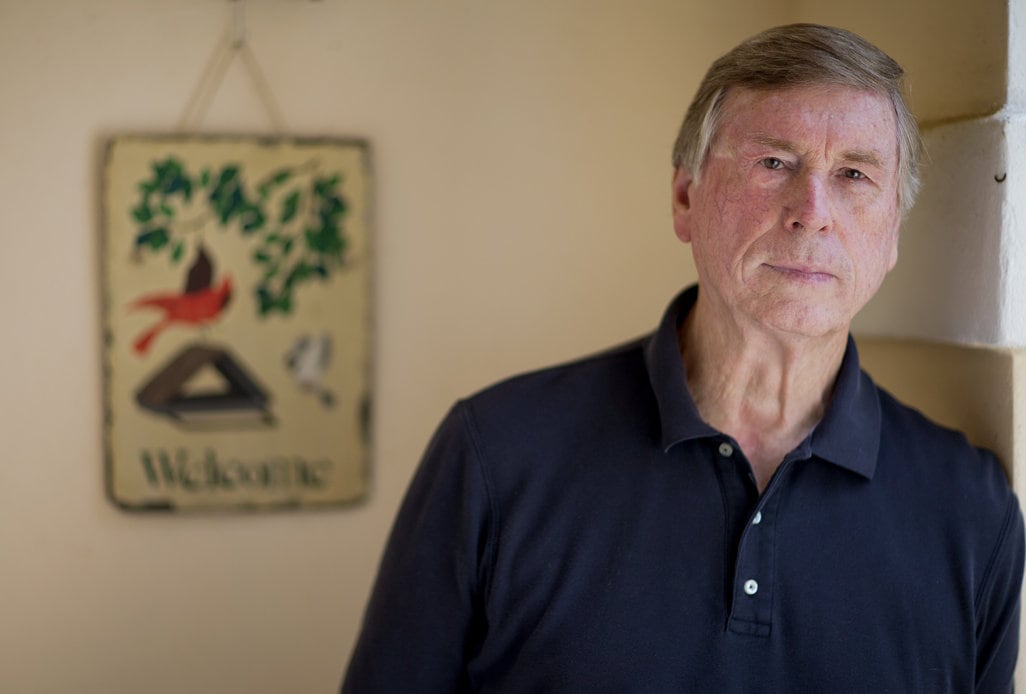 Lamar Kellett claims the new ordinance has hurt his pocketbook to the tune of $700, but not everyone’s buying it. (Photo credit: AP)

Kellett claims that the law has placed a financial burden on him by forcing him to spend about $700 on purchasing a new handgun and ammunition. But not everyone is buying that story either, as noted by comments on a previous Guns.com article.

Of course the legislation does allow for certain exemptions, including convicted felons, those with certain physical or mental disabilities, those who can’t afford to purchase a firearm, or anyone who conscientiously objects to owning guns because of their beliefs or religious doctrine.

Kellett claims he does not meet the city’s financial requirements for exemption.

With such exemptions, which essentially allows anyone who doesn’t agree with the ordinance to simply be excluded from it, it seems as though the newly adopted legislation truly is nothing more than a bold political statement.