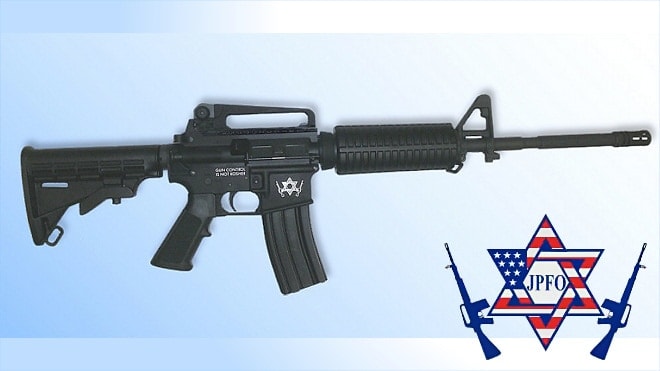 Gun rights organization Jews for the Preservation of Firearms Ownership is holding a rifle raffle to raise money for the cause. They’re giving away three custom engraved DPMS AP-4 AR-15-pattern rifles, with the lucky winners picked at random.

JPFO is selling just 500 tickets and at $20 each there’s certainly worse things you could do with your money. They sold all 500 tickets in just five days for their last raffle so interested parties need to move fast.

The rifles they’re giving away are pretty special, too. Based on the M4-style AP-4 carbine, these three rifles are engraved with JPFO’s logo, an American flag Star of David sporting twin ARs on the magwell and the slogan “Gun Control is Not Kosher” just above the trigger. 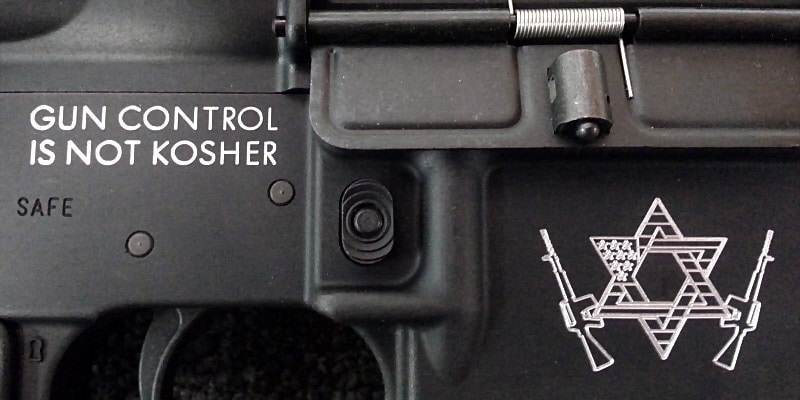 The organization is without a doubt making a statement not only with their black-and-white stance on gun control but also with their choice of rifle: the closest thing people can get to a military rifle.

ARs are often at the focus of gun control advocates, owing specifically to their similarities with the M4 and M16 rifles in service with the vast majority of our armed forces.

But these rifles are quickly becoming the emblem of gun freedoms as well. If you can’t buy an AR, you’re not really free — a widely-held sentiment among gun rights supporters.

These 5.56 NATO rifles, popular with shooters everywhere including law enforcement, are built on forged 7075 T6 aluminum receivers, have 16-inch chrome-lined barrels with a 1-in-9 twist, are fit with standard A2 furniture and matching flash hider and come with one 30-round magazine each.

They’re straight-forward ARs that weigh in at just a hair over seven pounds and have an MSRP of $960. For more info about the DPMS AP-4 carbines, check out the product page.

The raffle isn’t open to everyone, although you don’t have to be Jewish to buy tickets; because of their states’ laws, the people of California, Colorado, Deleware, Connecticut, New Jersey, New York, Wisconsin Massachusetts and Maryland aren’t allowed to participate in the fund-raising.

Head over to the JPFO store to buy your raffle tickets.

JFPO was founded in 1989 to educate Jews about the history of violence and seeks to help people of all faiths and creeds to get and stay well-armed against the evils so many have experienced throughout history. They are a civil rights organization dedicated to preventing “victim disarmament” of people everywhere.

“Anyone who is lawfully adjudicated unfit to carry a firearm should not be on the street in the first place,” said JPFO founder Aaron Zelman. “They should be in prison or in a mental institution. We’ve thrown the baby (our personal liberties) out with the bathwater, making us helpless to protect ourselves from armed criminals and lunatics. And who promotes this delusional illogic the most fervently? Politicians and the law enforcement hierarchy.”