Someone’s bound to be insulted by the title.  I understand the Guido connotations.  But Italian Gun Grease plays up the stereotype for all its worth, even offering “Guido Gear” on their site for those who might want some swag that lets everyone know what cleaning products they use.  So I figure it’s fair game.

And Italian Gun Grease (IGG) talks big.  If what they’re saying about their cleaning agents is true, that would be news enough.  But their lubricants are supposed to bind with steel and dramatically increase the life of the gun.  And they’re taking on the establishment.  Hoppes No. 9 (the only gun cleaner immortalized by the Beetles).

And Remington (who also makes guns). 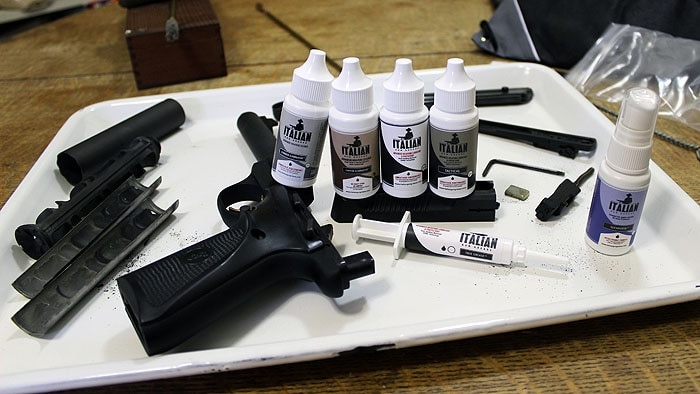 I picked up a sample kit from Italian Gun Grease to see what all the hype is about.

Let’s start at the beginning.  I bought a Silencerco Sparrow recently, and so I’ve shot up all the rimfire I can get my hands on.  And the inside of the can is nasty.  Foul doesn’t even begin to describe it.  It’s like a port-a-john at the state fair, only without the smell. 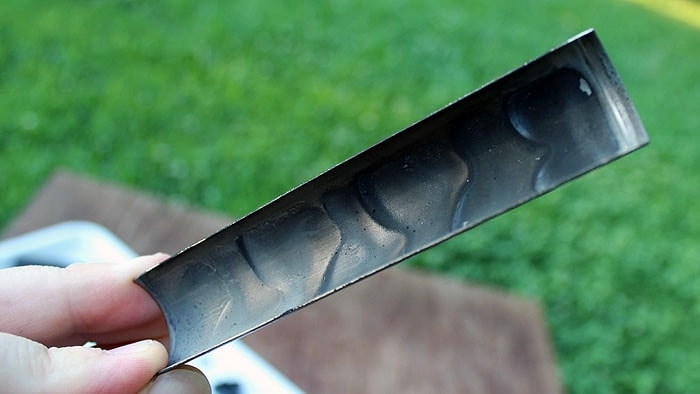 The .22 LR is a sooty round, and it spits microscopic bits of molten lead that collect inside the silencer, where it sticks to the walls.  It requires regular maintenance.

The Italian Gun Grease Carbon Eliminator ($6.50 for 6 ounces) was originally designed to clean out jet engines and 30mm Avenger cannons.  It has no noticeable odor and is water based.  And it worked amazingly well.  It is supposed to work its way down into the pores of the metal and push the carbon out.

I spread the Carbon Eliminator on the inside sleeves of the Sparrow and let it sit.  The liquid soon turned opaque and darkened.  After letting it sit for a few minutes, I brushed and rinsed.  While it did nothing to remove the lead deposits, it left the wide valleys between them clean.  It worked just as well on the barrel and guts of the Buckmark.  And it is water based, solvent free, and won’t hurt wood or plastic. 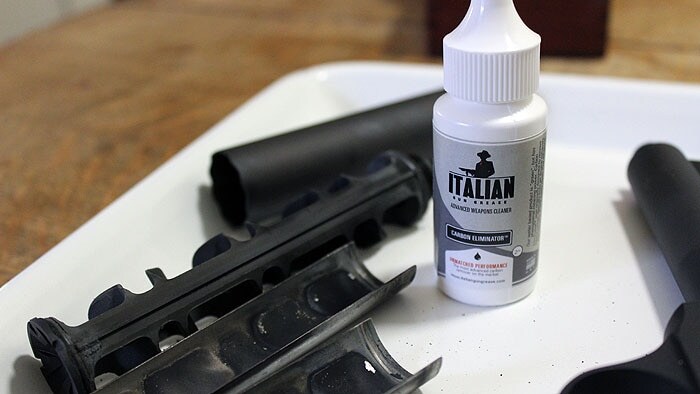 I have a love hate relationship with lubrication.  I find cleaning to be deeply satisfying.  The gun is dirty.  I can see the grime.  After some brushing and a good wipe-down, the gun has a nice squeaky clean feel.  But lubricating is more tricky.  I inevitably use too much.  And it seems to seep out over time, leaving things a bit too slick for my taste.

Italian Gun Grease has a different take on lubrication.  Their line is comprised of “heat activated metal conditioners.”

They make use of what IGG calls a Heat Seeking Molecule that “penetrates into the substrate and fills in microscopic gaps where points of friction exist. IGG doesn’t burn up in high heat, it actually bakes the surface into an even harder super slick film coating. The result is a very hard, high heat, high pressure resistant micro polished surface. Tests have shown that the IGG metal treatment process can cut friction by as much as 85%.”

This video, though long, illustrates how the process works and pits IGG against some of the big guns in the lube industry.

The jury is still out for me on this one.  I cleaned and then lubricated with their Tactical Formula ($7.95 for 6 ounces), but I haven’t shot the Buckmark since.  As far as in-the-moment lubrication, the Tactical Formula worked well.  The Buckmark gets sticky.  After a couple of hundred rounds, the magazine button will begin to feel a bit gritty.  The follower in the magazine will catch on the way down.  The slide will begin to feel a bit gritty if you pull it back slowly. 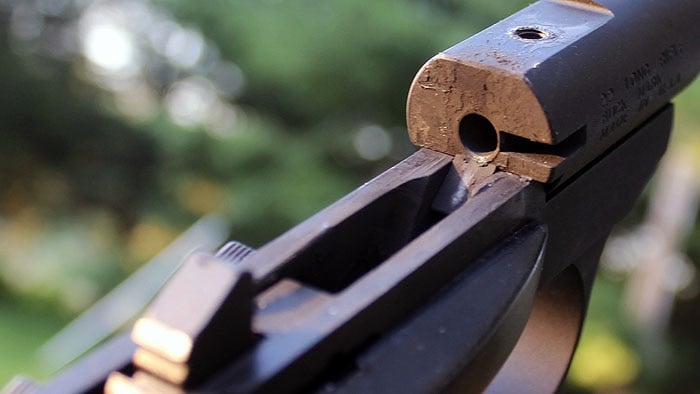 In the end, everything snicks along just like it is supposed to.  I’m anxious to see how long the glide lasts.  I’ll certainly try the rest of their line.  They’ve got specific formulations for black powder, dedicated hunters and tactical shooters.  They’ve got solutions for long term storage and rust prevention, and are promising a line dedicated to reloaders.

If the Heat Seeking Molecules do what  IGG claims, I may develop a little Guido brand loyalty.  Nothing wrong with consistency.  I may pick up one of those shirts with the little Mafia guy on it, running the trench broom from his hip like God intended.