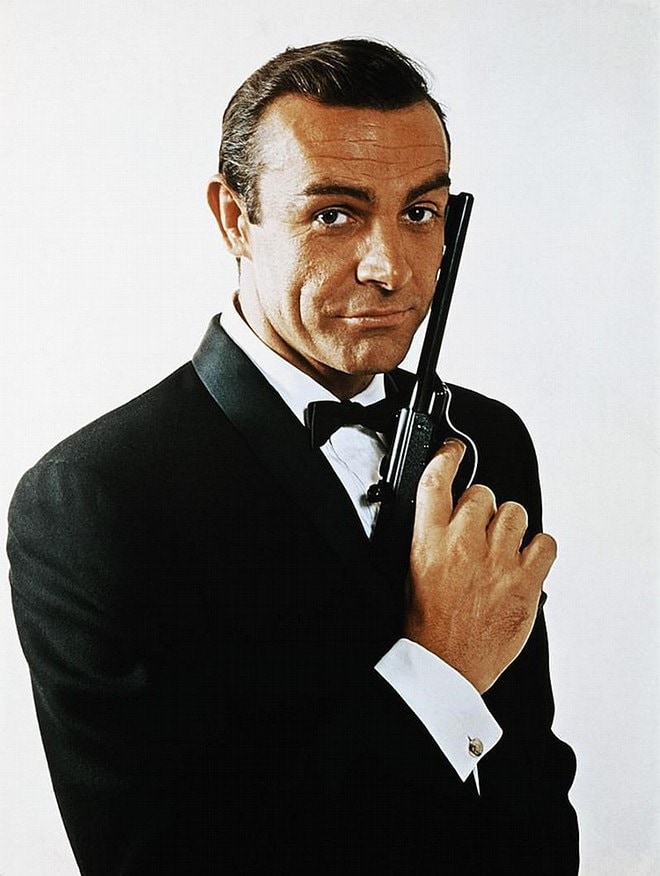 While not actually in the films, the Walther LP-53 was used for all but the first James Bond movies staring Sean Connery in posters and other promo art starting with “From Russia with Love” and stands out with its odd style and long, thin barrel. 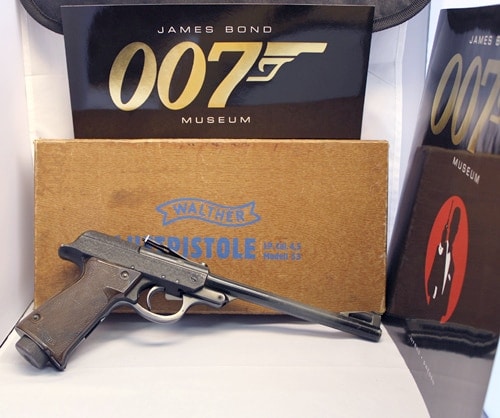 This unusual-looking pistol is up for bids at the Invaluable.com online auction house. The opening bid: $200,000.

The LP-53 would later be re-used for making the posters for “Goldfinger,” “Thunderball” and “You Only Live Twice” before George Lazenby stepped into the role of 007 in “On Her Majesty’s Secret Service.” (Connery reprized the role of Bond for “Diamonds Are Forever” but left the LP-53 behind.)

In reality, the Walther LP-53 is an air pistol, a single shot .177-caliber (4.5mm) pellet gun. How it became one of the most treasured James Bond icons is just odd luck.

“Publicist Tom Carlile arranged a series of poses with photographer David Hurn to shoot an iconic portrait of Connery as James Bond with his Walther pistol which was to be used as the primary image for the film’s poster art and marketing campaign,” according to the item’s description.

“When Connery arrived at the photo studio, together with Tom Carlile and representatives from United Artists, it was discovered that no one had brought 007’s [Walther PPK].”

“By chance, photographer Hurn practiced air pistol target shooting as a hobby and he used a Walther. It was decided between Carlile and Hurn, without telling Connery or the other representatives from United Artists, that they would use his air pistol for the photographs and if anyone were to bring it up that the Walther name on the gun would reassure them.

“In theory, the long barrel of the air pistol should have been removed by airbrushing during the design of the actual poster, but, for reasons unknown, it was never done. What became of this shoot was one of the most iconic photographic images of the 20th century.”

The pistol, complete with its leather presentation case and a signed letter of provenance by its original photographer Hurn, was put up for auction not too long ago at Christie’s, where it sold for no less than $437,000 in 2010.

While no longer in production, LP-53s are possible to find for James Bond fans of all ranks. We found this review of one by YouTuber Life Size Potato that shows off the gun and its features, including a very light trigger.