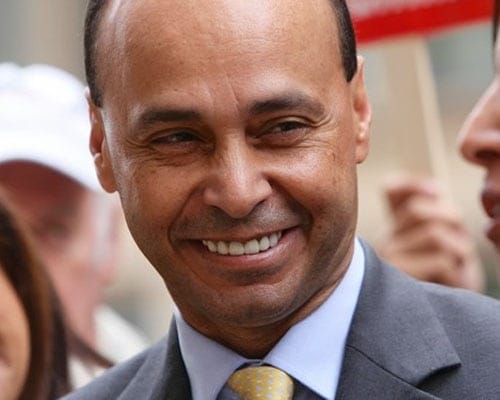 U.S. Rep. Luis V. Gutierrez, who represents Illinois congressional 4th district, said on Monday that the House Judiciary Committee ought to have meetings on the Trayvon Martin case “as soon as possible.”

“When any child is gunned down and no one goes to jail, it is incumbent on lawmakers at the highest level of government to investigate whether justice has been done, whether the underlying law is just, and whether federal legislation could help avoid another tragic death like the death of Trayvon Martin,” Gutierrez wrote in a letter to committee chairman, Rep. Bob Goodlatte, as WLS 89 Chicago reported.

George Zimmerman, the man responsible for Martin’s death, was found “not guilty” on all charges related to the shooting, including second degree murder. His attorney’s argued that Zimmerman shot Martin in self-defense.

Though, according to Gutierrez, the death of Martin “undermines the rule of law, erode community trust in law enforcement, and exemplify just how dangerous the combination of rampant fear and easily available guns can be.”

As one might guess, Gutierrez is a pro-gun control supporter. In March, he sponsored a bill, H.R. 965, that would have amended the Brady Handgun Violence Prevention Act to prohibit the possession or transfer of “junk guns.”

And you now may be asking, “What exactly is a ‘junk gun?'”

Well, according to the bill a “junk gun” is (1) a handgun that is not a sporting handgun (i.e., a type of handgun generally recognized as particularly suitable for or readily adaptable to sporting purposes); and (2) any combination of parts from which such a handgun can be assembled.

Essentially, Gutierrez was targeting handguns that were inexpensive and easy to conceal.

In the letter, Gutierrez went on to say that the level of violence in America is unacceptable. “There is no reason in a modern society to accept the sale, marketing and widespread proliferation of guns as a means for killing other human beings and our laws should reflect that fact.”

Of course, much of this violence is happening right in the congressman’s own backyard, Cook County, Illinois, which already has some of the toughest gun laws in the nation.

“Day after day and month after month, gun violence is taking the lives of children in the City of Chicago at a horrendous rate. And yet, the House Judiciary Committee scarcely has anything to say about it,” Gutierrez concluded.

First, gun-related violence, property crime, violent crime and the homicide rate are on the decline. It’s been trending this way for approximately two decades. Meanwhile, over that same time period, concealed carry has been legalized in ever state in the U.S., including Illinois which is just now beginning to allow law-abiding gun owners to carry firearms for self-defense outside the home.

It would appear that the “widespread proliferation of guns” that Gutierrez is referring to is having the opposite effect on crime rates. That is, more guns are not creating more crime. If anything, a higher rate of gun ownership and concealed carry participation is helping to reduce crime.

Second point, Florida’s underlying self-defense laws, including the controversial ‘Stand Your Ground’ law, are just and fair and reasonable. Most rational people who have read and/or studied the law would argue that giving one the ability to defend oneself in public is basic, common sense — at least that’s what a 19-member, bipartisan panel assembled by Florida Gov. Rick Scott determined after putting the law under an intense scrutiny.

“The task force concurs with the core belief that all persons, regardless of citizenship status, have a right to feel safe and secure in our state. To that end, all persons have a fundamental right to stand their ground and defend themselves from attack with proportionate force in every place they have a lawful right to be and are conducting themselves in a lawful manner,” the draft recommendation stated when it was published last November.

For more on why SYG laws are common sense, check out this excellent video featuring self-defense expert Massad Ayoob.