'Precinct:' a New Adventure Game by the Maker of Police Quest (VIDEO)

“Precinct” is the title of an upcoming game being developed by retired police officer and storied video game developer Jim Walls. It’s an adventure game in the spirit of Walls’ “Police Quest” series that pits a single officer against the corrupt township of Fraser Canyon, California.

Players will step into the shoes of officer Maxwell Jones who, in his life fighting crime, crosses a crooked police force and the criminal political establishment driving it.

“Starting out as a rookie and then moving up the ranks, players face adrenaline charged scenarios and conduct real police procedures while solving crimes and arresting perpetrators.”

“Precinct,” like the Police Quest series, focuses on realism and real (virtual) police work. The game is a story-driven cop simulator and will incorporate investigations, crime and puzzle solving, driving, car chases, foot pursuits, hand-to-hand combat and of course, shooting.

The plot, developed by Walls, is actually based on a handful of real cases that have unfolded in the past few years re-told in the fictional town of Fraser Canyon. 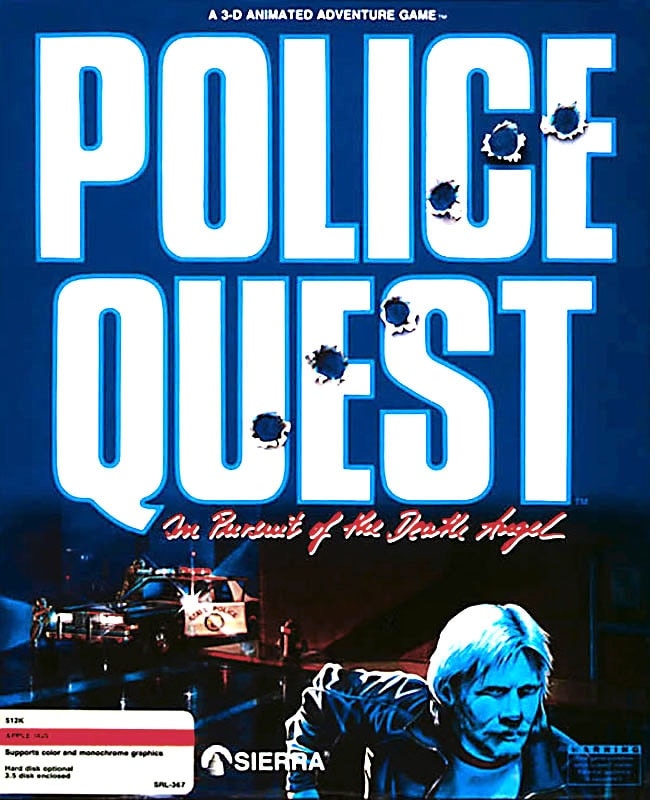 The major difference between “Precinct” and its spiritual predecessors is that it’s a first-person video game, as opposed to the originals’ third-person perspective, promising more intense action along with shiny new graphics.

Already in development with Sierra programmer and producer Robert Lindsley, “Precinct” is being developed for Mac and PC platforms. They’re eschewing traditional marketing to put all their money towards the game and avoiding production companies in order to maintain complete control over their work.

“Jim is leading an effort to successfully combine original Sierra-style adventure with modern video game technology. The Precinct team is poised to redefine the cop-game genre by making a game that both classic and modern gamers can enjoy.”

The catch: without traditional publication companies the developers are turning to another source of funding to get their project off the ground, Kickstarter.

Walls and Lindsley are tapping their audience for crowd-sourced financing, accepting pledges from backers who are interested in pre-purchasing the game before it’s fully underway.

Unlike many Kickstarter project, “Precinct” is going to need to raise a pretty big kit to pull things off, from graphic design to vocal and artistic talent. The team is asking for backers to raise $500,000 in just one month.

If you’ve been longing for another taste of Police Quest-style gaming or are just interested in seeing what this team can do, head over to the Kickstarter fundraiser and pledge.

There are also plenty of “stretch goals” if they raise over $500,000, which include Linux, iOS, Android, XBLA and PSN versions of the game, added art and gameplay and a generally higher-dollar final product.

They are also crowd-sourcing a T-shirt design for the project. Graphic designers inquire within.