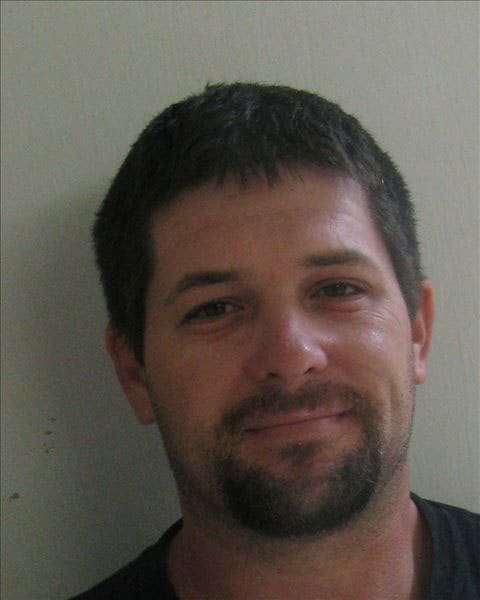 Robert Marshall showed up at his wife’s house 11 minutes after being released from jail even though she had filed a restraining order against him.

Last Saturday ended in tragedy for one Athens, Tennessee, family when a woman shot her husband in self-defense.  However today the nightmare continues for her, as the man’s family questions whether the shooting was justified.

Earlier in the day last Saturday, the Athens Police Department was contacted about Robert Vann Marshall, 34, who was allegedly irate, suicidal and homicidal. He was armed and threatening to kill his wife and children according to the person who made the report.

When police responded to the call, they found Marshall at a local hotel. He had a handgun and several bottles of prescription narcotics. He was arrested on firearms and drug charges, but as he was being booked into jail officers discovered that Marshall’s wife had filed an order of protection against him, but it had not yet been served.

Marshall was held for several hours and during that time officers obtained the restraining order and gave a copy to him. They explained to him what the order meant, that he was not to contact his wife or go near her or the residence they previously shared, and that if he did he would go back to jail. Marshall was asked if he understood, to which he replied that he did.

Marshall posted bond and was released from jail at 1:27 p.m.

Eleven minutes later, at 1:38 p.m., a 911 call was received from Marshall’s wife because he was attempting to get in the home where she was located with their children. She stayed on the phone with the 911 dispatcher and barricaded herself and the children in the back bedroom of the home.

Before officers could get to the home, however, Marshall had kicked in the front door and made his way to the back bedroom. While still on the phone with the dispatcher, the woman shot and killed Marshall.

When officers arrived at the home, they found Marshall on the floor of the back bedroom, deceased from a single gunshot wound to the chest. Detectives processed the scene and no charges were filed against the woman, as it appeared she shot Marshall in self-defense.

However, Marshall’s family questions the woman’s actions, claiming that the shooting was not justified. Joshua Daniels, Marshall’s brother, told reporters, “I feel that it should be investigated. Robbie isn’t the kind of man that would go over there and attack someone like that, especially not his kids. That’s what bothers me the most.” 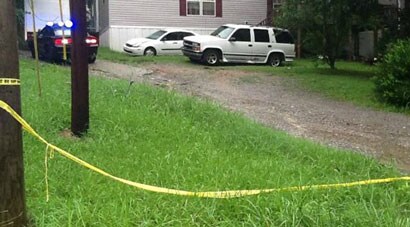 The woman shot her husband after he kicked the door in, but his family questions whether the shooting was actually self-defense.

Reporters attempted to contact Marshall’s wife, but it was communicated that she was too emotional to go on camera. She did tell them that she had filed the restraining order against him because he had been hitting her and accusing her of cheating on him.

Despite any doubts, upon the initial investigation, authorities determined that it was a straightforward case of self-defense.

“It’s a case where domestic violence unfortunately resulted in a loss of life,” McMinn County Sheriff Joe Guy said. “It’s just a piece of paper. It’s just a court order, and not everyone will abide by it, and many times they don’t. But it’s rare, at least in our county, that we see a violent end like this to a situation like that,” he said.

Guy explained that a protective order doesn’t convict someone for domestic abuse. And added that it simply separates the two parties until they can go before a judge. Guy also recommended that any time a situation becomes abusive that the victim starts the process the very first time the abuse happens.