Outrage is the best word to describe the public response to Rolling Stone magazine’s latest edition, featuring Dzhokhar Tsarnaev, the accused Boston Marathon bomber.  The controversy however does not stem from the article on Tsarnaev contained in the issue (which reportedly reveals such ‘bombshell revelations’ as he was a Muslim, he thought the 9-11 attacks were okay and he was close with his wrestling coach) but the cover, which presents Tsarnaev in a manner more reminiscent of the airbrush treatment given to rock stars and Hollywood actors than terrorists and traitors. 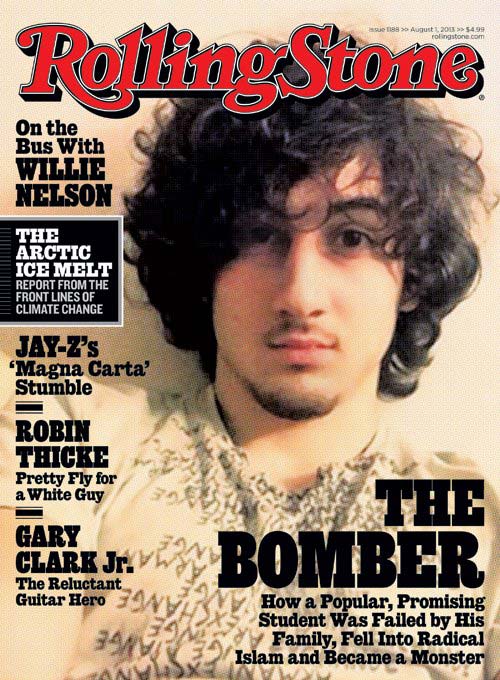 Between the time Rolling Stone broke the cover today on its social media pages and the time that this article went to print, the iconic music periodical’s Facebook page has received over 9,000 comments, most highly critical of the magazine’s decision to present the accused bomber so glamorously.  The cover has also prompted a number of prominent news sellers—CVS pharmacies, Walgreens, Stop & Stop, and Tedeschi Food Shops—to pull the edition from their newsstands.

Boston mayor Thomas Menino along with Rolling Stone founder and publisher Jann Wenner urged the magazine to concentrate on stories about brave responders and survivors but with Menino adding, “The survivors of the Boston attacks deserve Rolling Stone cover stories, though I no longer feel that Rolling Stone deserves them.”  The controversy comes at a time when many are questioning the sympathetic treatment the accused Boston Marathon Bombers have been receiving by the press and from political organizations like Michael Bloomberg’s Mayor’s Against Illegal Guns.

The magazine defended the article, stating that the “deeply researched account” was in line with the publication’s history of providing serious investigative reports alongside their betterl known entertainment focused content.  RS also released this statement in response to the pubic outcry:

Our hearts go out to the victims of the Boston Marathon bombing, and our thoughts are always with them and their families. The cover story we are publishing this week falls within the traditions of journalism and Rolling Stone’s long-standing commitment to serious and thoughtful coverage of the most important political and cultural issues of our day. The fact that Dzhokhar Tsarnaev is young, and in the same age group as many of our readers, makes it all the more important for us to examine the complexities of this issue and gain a more complete understanding of how a tragedy like this happens.

Guns.com knows all too well the complexities of reporting on unpopular subjects and we get that bringing your readers content that is meaningful, engaging and not outside their sensibilities can be like navigating a minefield, daily.  But you can also add Guns.com’s name to the list of the offended:

First, the statement that young people read Rolling Stone is offensive because it’s simply false. Young people don’t read print magazines that cost $4 an issue unless they are at the dentist’s or going through an airport.  Young people read Reddit.  Second, and as many FB users pointed out on their page, RS could have easily published the article without putting the face of a terrorist front and center.  This certainly wouldn’t have compromised the journalistic integrity of the article and also has to be something their publishing team realized before they went to print (they’re smart guys and gals, right?) so to our thinking, the provocative cover was entirely intentional and so betrays their true colors, yellow and green. 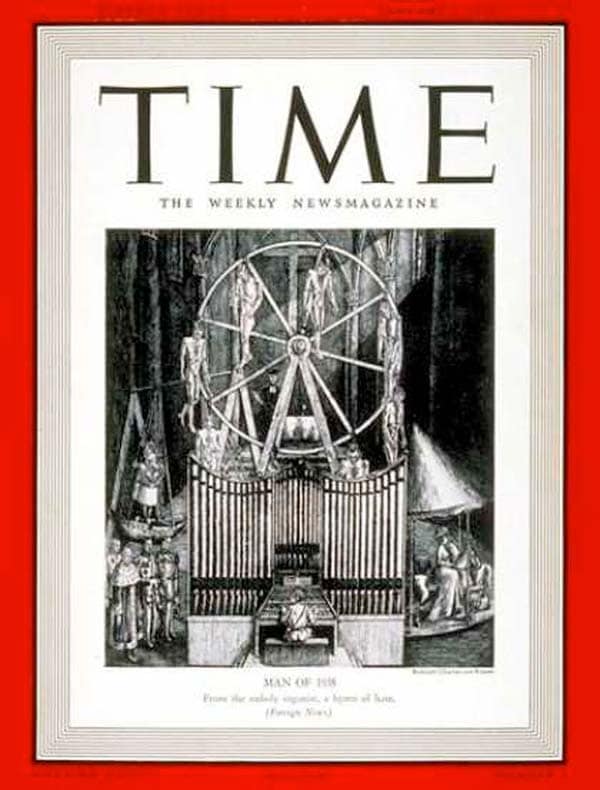 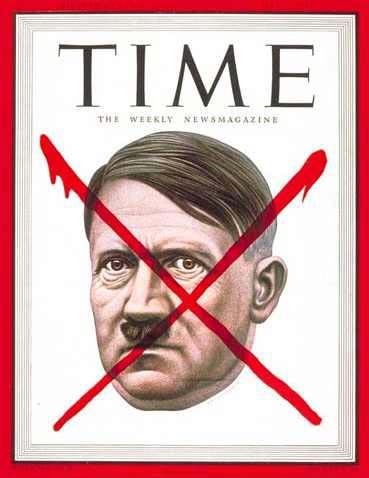 In 1938, TIME magazine chose Adolf Hitlter as their “Man of the Year”, who, given that the designation was not an honor insomuch as a statement about the person’s influence and the Fuhrer was steamrolling most of Europe at the time, seemed like an interesting figure to spotlight.  The issue was published January 2, 1939 and immediately drew people’s attention because for the first time ever, the “Man (later changed to ‘Person’) of the Year” was not prominently pictured on the cover.  Rather, an illustration of Hitler playing a church organ while a wheel of dead bodies turns above him was used for the cover, drawn by Baron Rudolph Charles von Ripper, a Catholic that fled Hitler’s Germany.  TIME did a similar thing when Hitler died in 1945, this time using a standard headshot but with a red “X” over the face—a practice the magazine continues when reporting on the deaths of high profile murderers.

The thing they never did was chose pictures and lead copy that made a cowardly killer look like Justin Bieber.  But then again, we guess this is the kind of stuff print magazines have to do to get attention these days.