The small Colorado town of Deer Trail, population 546, is seeking to pass a local ordinance that would legalize the sport of drone-hunting. The law would create a licensing system that would certify drone hunters and allow them to collect bounties on drones.

Currently the law’s backers are circulating the proposed ordinance which will be considered at Deer Trail’s next town council meeting on August 6.

“Throughout its history, the Town of Deer Trail has maintained its independence from all other political entities,” reads the ordinance. “Therefore, the Town of Deer Trail declares its supremacy over its territorial boundaries and, with respect to this ordinance, the supremacy and sovereignty of its airspace and its citizen’s right to defend the airspace of the town, their homes, businesses and related properties from unwanted incursions by unmanned aerial vehicles.”

The provision outlines clear bounties on drones and drone parts. Wings or wreckage nets hunters $25 while a mostly-intact drone is worth $100. Drones and parts would be considered town property.

“We do not want drones in town,” said Deer Trail resident Phillip Steel, who drafted the law. “They fly in town, they get shot down.”

“The Town of Deer Trail shall issue a reward of $100 to any shooter who presents a valid hunting license and the following identifiable parts of an unmanned aerial vehicle whose markings and configuration are consistent with those used on any similar craft known to be owned or operated by the United States federal government,” says the ordinance. 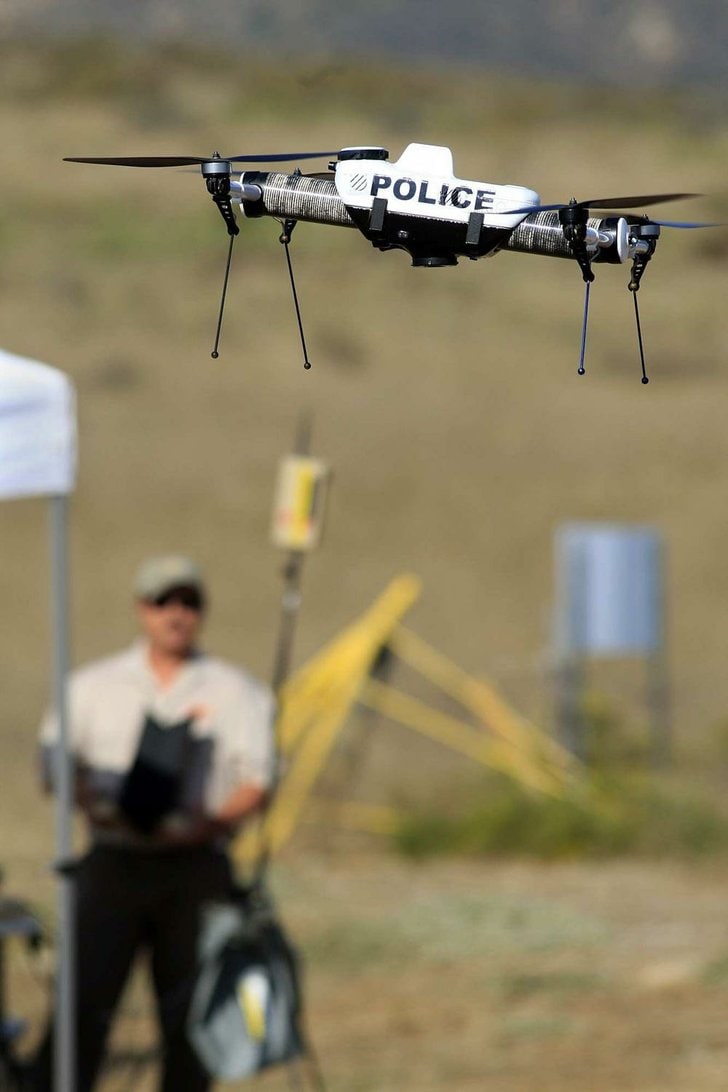 “This is a very symbolic ordinance,” added Steel. “Basically, I do not believe in the idea of a surveillance society, and I believe we are heading that way.”

Drone-hunting licenses will be available for $25 and are valid for one year from the day of issue.

The law also maintains a provision for the use of depleted uranium “anti-drone loads” which are a hoax.

Hunters are also prohibited from firing at unmanned aircraft flying at altitudes over 1,000, which rules out most types of drones.

The proposed law allows licensed drone-hunters to shoot down any unmanned aircraft “the bounty hunter feels the aircraft is stalking them, if they maneuver as if they’re following someone, or if they display any weaponry.”

Deer Trail town clerk Kim Oldfield said, “I can see it as a benefit, monetarily speaking, because of the novelty of the ordinance.”

“If they were to read it for the title alone and not for the novelty and what it really is, it sounds scary, and it sounds super vigilante and frightening,” said Oldfield. “The real idea behind it is it’s a potential fun, moneymaker, and it could be really cool for our community and we’ve needed something to bring us together, and this could be it.”

While many hunters are boycotting Colorado following the adoption of strict new gun control laws, it’s foreseeable that more than a few people from in-state and otherwise would make an exception for Deer Trail’s decidedly anti-establishment drone shoots.

To find out more about Deer Trail and their upcoming decision on whether or not to declare open season on drones, surveillance and otherwise, head over to the Deer Trail History Facebook page.