Is the joke on us? App targeting "dangerous gun owners" is social experiment, creator admits

Last week, Guns.com ran an article about the Gun Geo Tracker, an Android app that allows anonymous users to add the names and addresses of “irresponsible” gun owners to a community-sourced database.

Many gun owners and gun rights advocates slammed the app’s creator, University of California San Diego lecturer Brett Stalbaum, for creating a system that not only infringe’s upon one’s privacy rights but has the potential to put people in harms way. 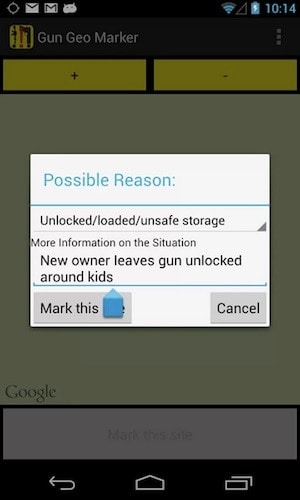 “This makes those who don’t have guns an easier target for criminals,” criminologist John Lott told Fox News, noting that, “It’s a safety issue.”

Now, though, Stalbaum has come out to say on the website that the Gun Geo Tracker was a type of social experiment to figure out “what the parameters of a successful gun safety app might be.”

Moreover, it was a “honeypot” or “culture-jamming exercise intended to draw out earnest expressions from the radical anti-gun-safety community, expressions that will now become part of a second phase of the project which involves aesthetic manifestations.”

With respect to his latter point, put quite simply, it appears he was trolling the gun community (what he means by “aesthetic manifestations” is a complete mystery to me).

Yet, to a large extent, the gun community fought fire with fire.  That is to say, gun owners infiltrated the app and uploaded a bunch of false and misleading information, turning the Gun Geo Tracker into a “tool of mischief,” as Stalbaum noted.

Looking ahead, Stalbaum is going to continue to leave the app online so that people can “play with the user interface,” but he then plans on using it as part of a larger research project.

So, what did Stalbaum accomplish with his experiment?

Well, one can argue that he swat at a hornets nest and got stung.  In addition to receiving threats, Gunsaveslives claims that the “hacktivist” group Anonymous released Staulbaum’s personal information and his family’s personal information to the public, however, Guns.com could not confirm that that actually happened as there is no easily accessible webpage.

Of course, if the whole thing was merely an effort to piss off gun owners, well then it was a success of sorts.  But given Stalbaum’s demeanor in his write up and conclusions it’s pretty clear he wanted to (or wants to) do more with the information he’s gathered, which is essentially a bunch of gun owners telling him how stupid he is (reviews of the app from the Google store): 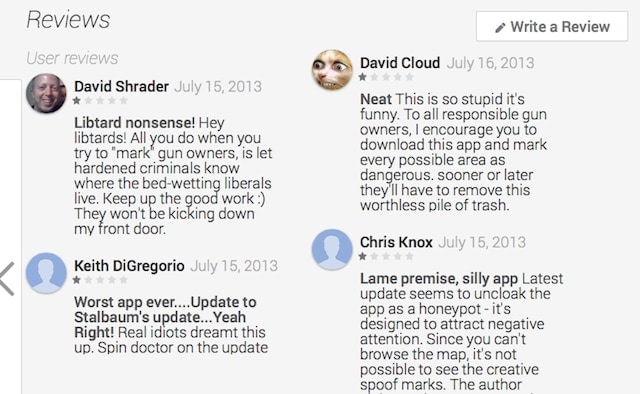