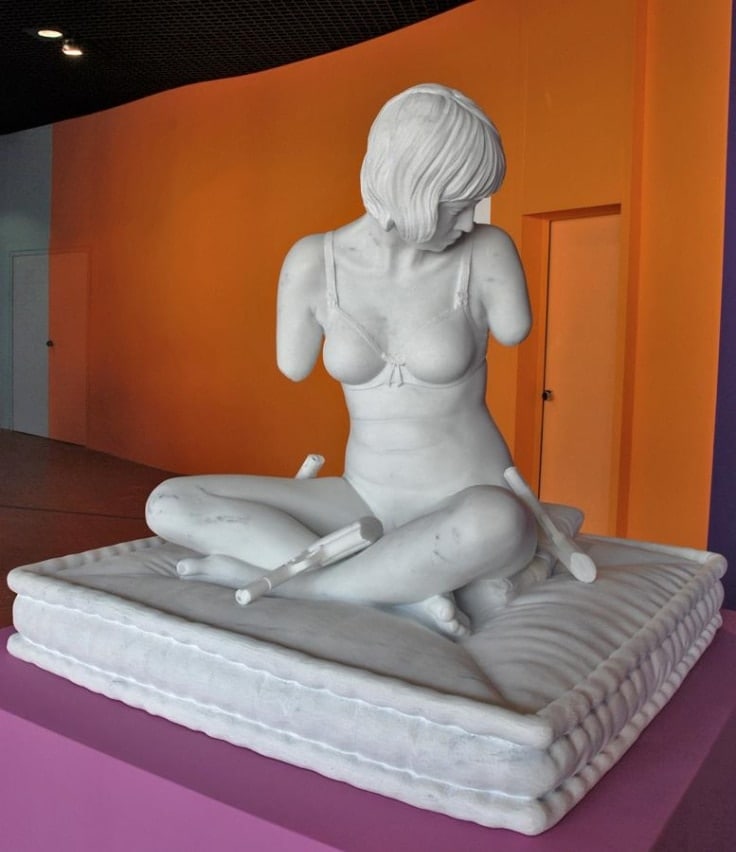 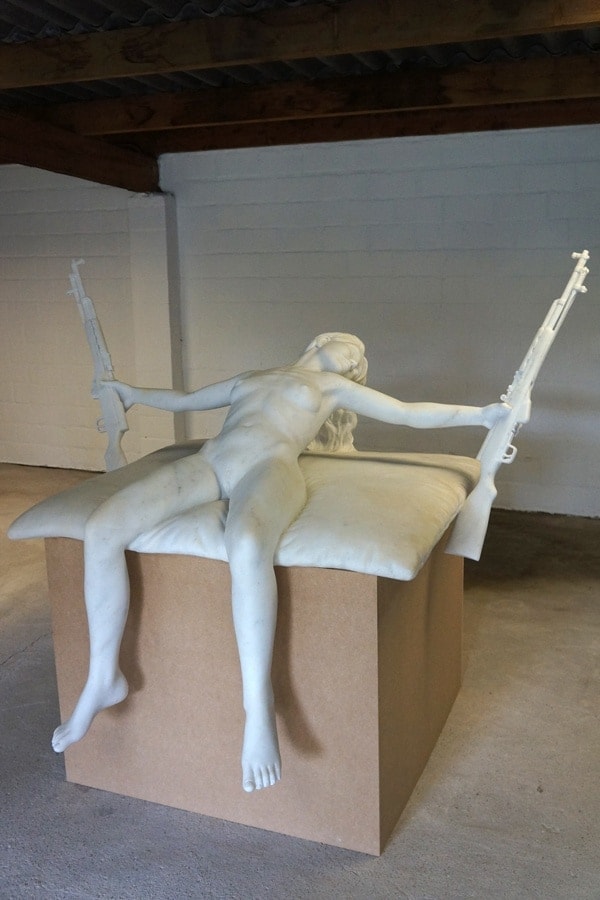 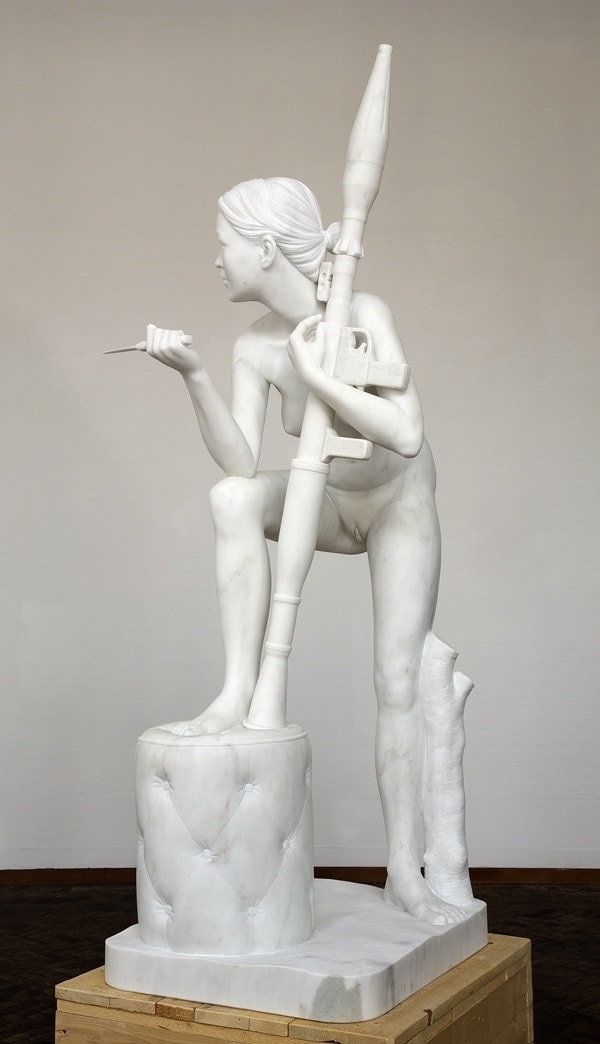 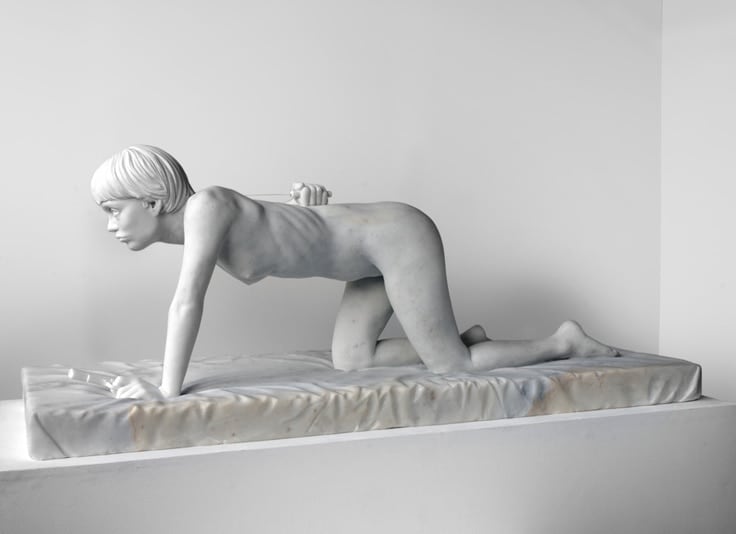 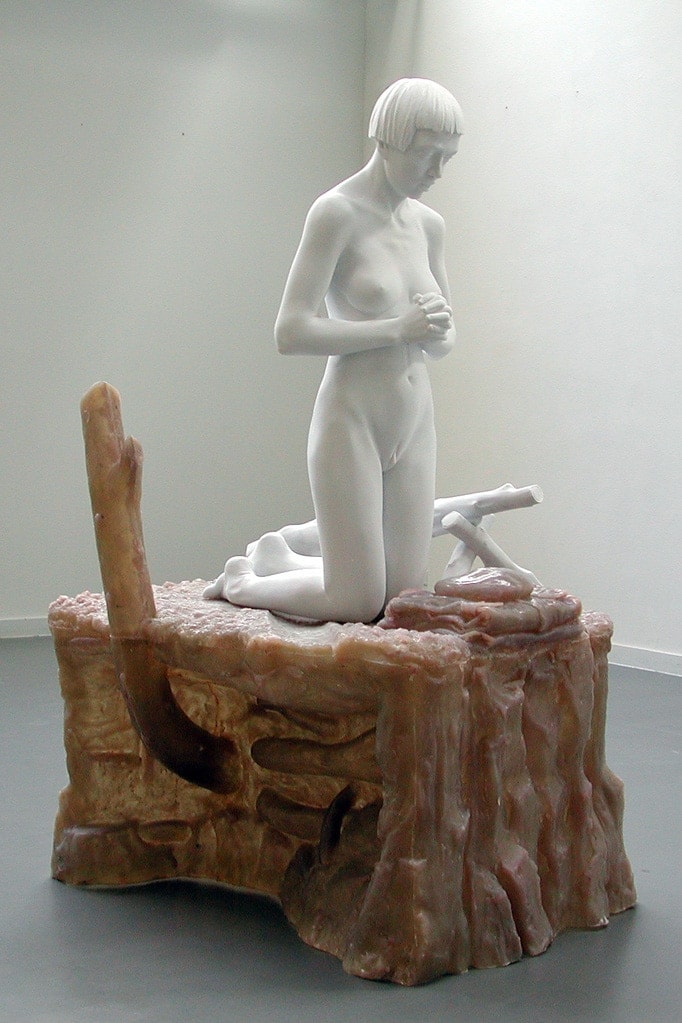 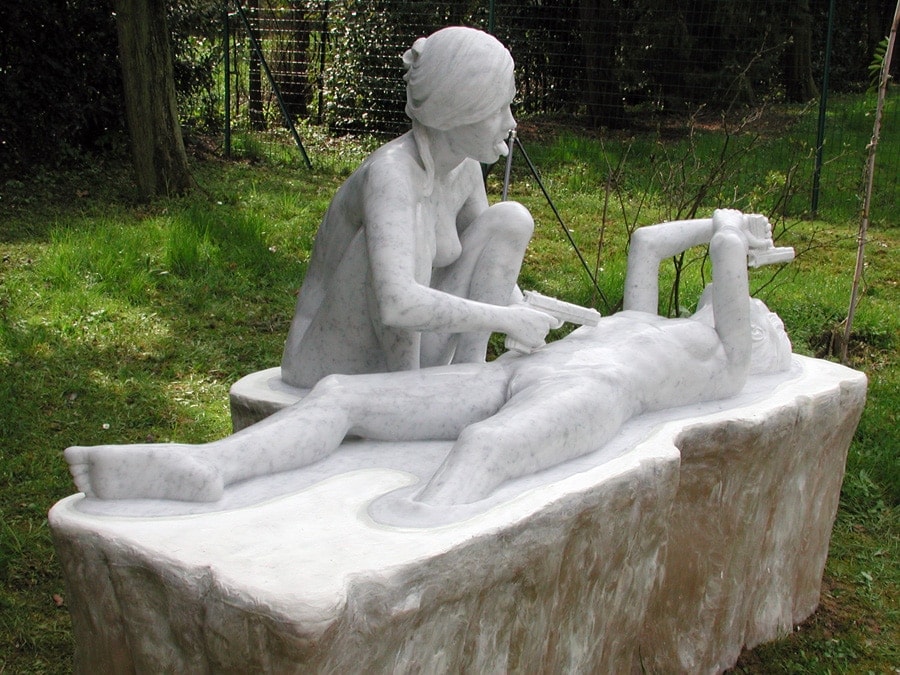 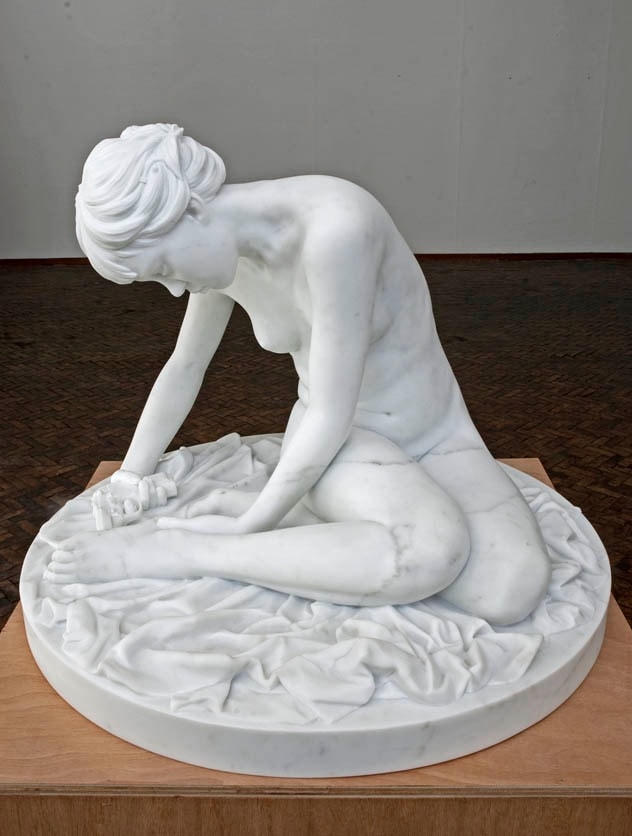 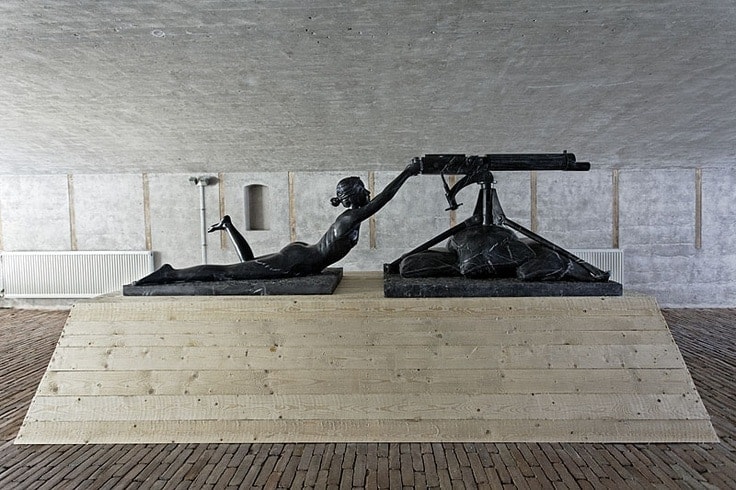 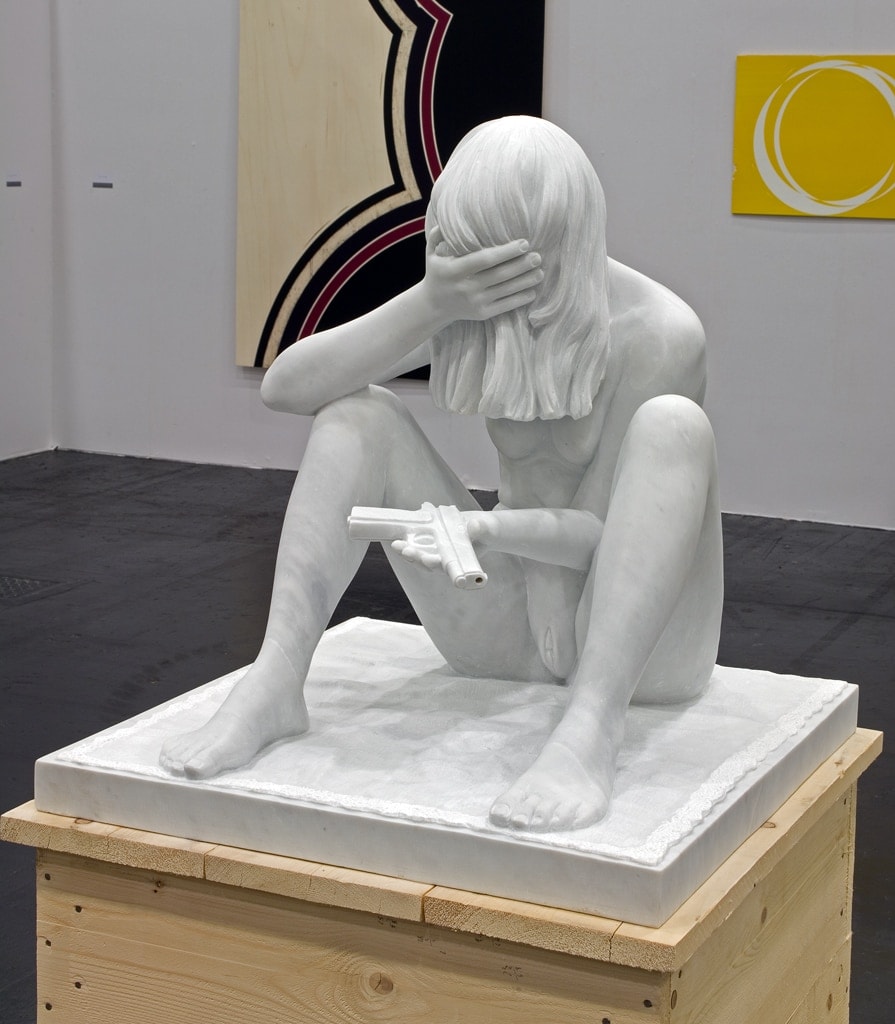 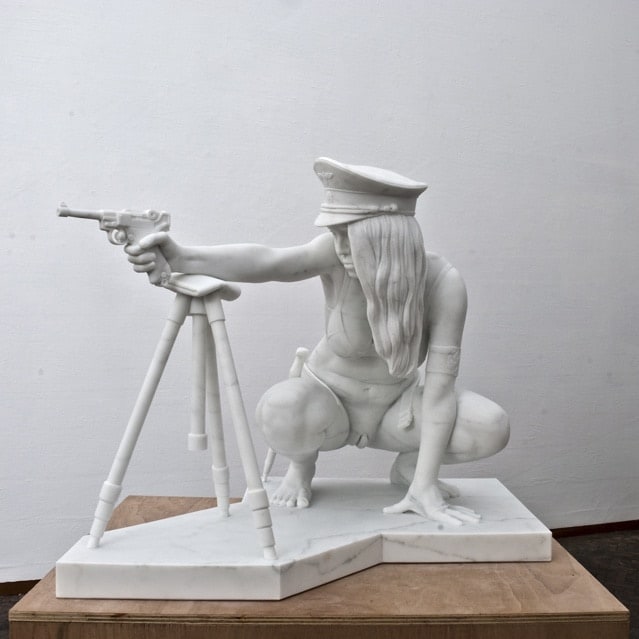 Here’s a little something that may peek your interest in actually wanting to attend a museum. Artist Thom Puckey’s ‘Chicks and Guns’. Years of detailed marble work combining the obvious combination of females and firearms.

My project: marble figures, life size, female, nude, formally posed, and with attributes in the form of weapons (modern firearms and knives of varying types and sizes). My techniques are anachronistic, following closely those of the late 18th / early 19th century.

The nudity in my work is the area where I allow two types of obsession with the female nude to overlap with each other. The ‘classical’ obsession and the cultural obsession which surfaced in the 1960s and which has grown and grown ever since then. The one where the taboo is disguised and allowed by ‘responsible’ artistic tradition, and the other where the taboo is pushed against and aside by ‘irresponsible’, incorrect, commercial and sexual interests. I play directly into these two types of approaches to the nude, I temper the particular obscenity of the one with the particular obscenity of the other. I allow posed 19th century-like formalities bring a kind of order to 20th and 21st century violent indecency. The presence of modern weapons in the sculptures makes them seem contemporary in a cheap kind of way, this I realise. I like this suggestion of cheapness, I play into it. Chicks and guns. At the same time I let the matter overlap with the threatened, threatening, violent female figure of history and myth, from the Papin sisters, through to Diana, Lucretia, Judith and so on.