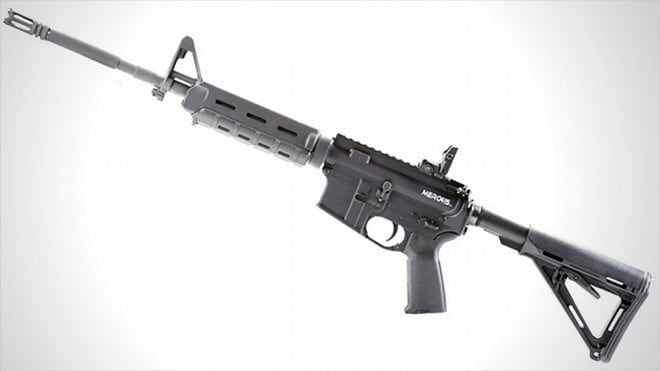 Not to be confused with the British Royal Small Arms Factory in Enfield, the Enfield Rifle Company is a new American firearm manufacturer operating out of Clayton, Ga. Their specialty is “Mil-Grade” rifles.

While many companies claim their products are “mil-spec,” in truth they’re just as close to mil-spec as possible without knowing for certain what the actual specifications are for their firearms.

It’s easy enough to reverse-engineer military standards, the technology has been pretty widely cracked, and many firearm companies make arms that meet or exceed military requirements without having access to government technical data packages, the only real way to make mil-spec firearms. Enfield calls this the “mil-spec myth,” a marketing tactic that many manufacturers employ.

“Mil-Grade is our way a saying what the ‘mil-spec’ manufacturers want to say without claiming that all our products come off the same assembly line as the US government parts or have been built under pre- and post-manufacture material certifications as required by the government TDP,” says the Enfield website. 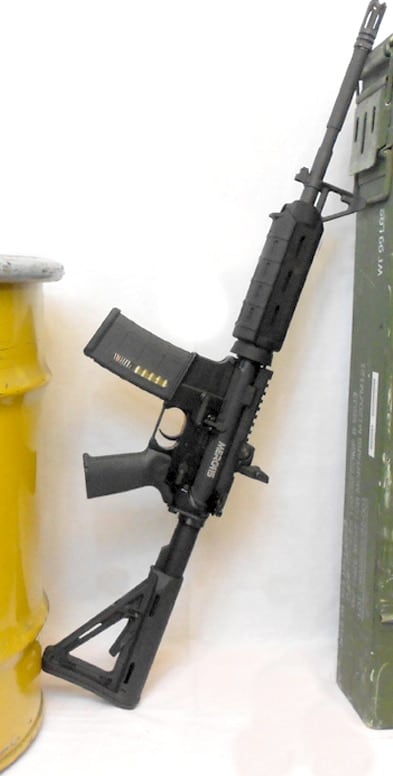 Right now the company is only making a single model of rifle, the MERC415. Named after the AR-15 and M4, the MERC415 is a semi-automatic version of the standard military rifle with an NFA-compliant 16-inch barrel.

It’s not completely similar in that Enfield is adding some non-standard accessories that make it, in many ways, more appealing than a commercial copy of an M4, starting with a full compliment of Magpul accessories.

The MERC415 has all Magpul MOE furniture including the buttstock, grip and carbine-length handguard. It also comes with a Magpul windowed PMAG and MBUIS rear sight. It has a standard flattop fixed front sight.

Owing to the M4 design the MERC415 has an M4-profile barrel chambered for 5.56 NATO with M4 feed ramps and a one-in-seven twist. It is constructed from 4150 chromoly-vanadium steel. It’s chrome-line, magnetic particle-inspected and has a manganese phosphate finish.

The upper and lower receivers are both forged 7075 T6 aluminum with a Type III hard coat anodized finish. The weight of the rifle, unloaded, is just 6.3 pounds.

There are a few other nice finishing touches including an end plate with a quick-detach sling mount built in and the inclusion of a YHM Aggressive Phantom flash hider. This is a very effective flash hider that noticeably reduces muzzle climb as well. And while they come with standard triggers, Enfield is throwing in a manually fit and polished fire control group; each MERC415 comes with a factory trigger job.

Finally, the MERC415 is shipped with its own foam-lined plastic carrying case, a nice touch that will save most people a few more dollars down the road.

Based on these specs, with a recommended price of $1,295, the Enfield Rifle Company is going to be one to look out for. They may be new but if their product works half as well as it looks on paper we’re positive the MERC415 and Enfield will both develop a solid following and fast.

For more details head over to the Enfield Rifle Company website.