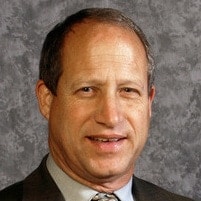 Although it was a struggle, the photographer finally got Kansas Rep. Forest Knox to smile.

To be more specific, House Bill 2353, which cleared the state House by a vote of 74-50, allows CCW permit holders to carry concealed firearms into government buildings unless the building “has adequate security measures to ensure that no weapons are permitted to be carried into such building.”

Sponsor of the bill, Rep. Forest Knox explained the intent of the bill.

“It is about safety,” the Altoona Republican told the Emporia Gazette. “You’re not afraid of illegal guns that are already there but you’re afraid of law-abiding citizens who are carrying guns? And I think the public sees that point.”

Now, though, local municipalities are complaining about the costs associated with hiring security so that they can maintain their ‘gun-free zone’ status.

“There will be some communities who never have the money to put in security,” Kim Winn, deputy director for the League of Kansas Municipalities, told the Kansas City Star.

Mayor Tim Maniez of De Soto, a tiny community in Johnson County, echoed Winn’s remarks, claiming that the requisite security guards and metal detectors would be too costly.

“There was no way a small town like us could afford to do all that was required,” Maniez said.

According to officials at the University of Kansas Hospital, it costs approximately $200,000 per year to staff one metal detector at the hospital’s emergency room, which runs 24/7. Additionally, metal detectors range from $2,300 to $7,000, as the KC Star reported.

For cities and towns that have limited budgets and multiple public buildings, it can get pretty expensive to meet the requirements of the new law.

But Knox, the bill’s author, says the solution to the problem is quite simple: tear down the “No Guns Allowed” signs and permit responsible gun owners to carry concealed on the premises.

“People are truly worried about licensed concealed carriers,” said Knox. “In most cases, they’re going to figure out that it’s not the licensed, law-abiding citizens we need to worry about.”

Indeed. It doesn’t really make much sense to spend hundreds of thousands of dollars on security when one can just allow the state’s 63,400 licensed concealed permit holders to carry their lawfully owned firearms into public buildings.

But, of course, those who work in government are not typically the brightest, most sensible people in the world. While most towns and counties will probably give up their gun-free zone status, there will be some that will do whatever they can to keep it, which will all come at the taxpayer’s expense.